Rosberg, who famously retired just five days after winning the 2016 title, will headline the F1 contingent at Goodwood - with current Mercedes driver Valtteri Bottas driving the car on Saturday.

The former Mercedes driver represents a coup for the Festival of Speed and current F1 drivers, cars and teams have always been key to the event.

The sell-out Festival of Speed is the only event outside of the British Grand Prix that allows British fans to see so many F1 cars and stars in action. 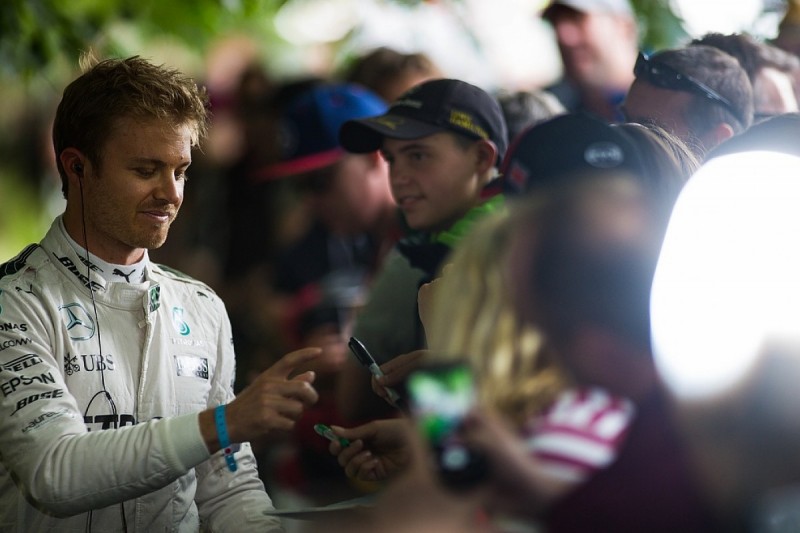 Meanwhile Renault will celebrate 40 years in F1 and will take Jolyon Palmer to Goodwood, along with reserve driver Sergey Sirotkin.

Williams will join Renault in marking 40 years in F1 and champions Alan Jones (1980) and Damon Hill (1996) will join the team as part of its celebrations.

Other F1 teams to have a presence at Goodwood include a stunning line-up of historic F1 cars with more than 20 Ferrari single seaters honouring the Italian outift's 70th anniversary.

Modern F1 cars from McLaren will be present at Goodwood and brings the total of F1 cars at the Festival of Speed to 60 cars, celebrating seven decades of Grand Prix racing.