The former McLaren driver last raced in 2011 where he drove a Mercedes SLS AMG GT3 in a six-hour International Le Mans Cup round in China, retiring after two hours.

But speaking at the Goodwood Festival of Speed, where he was celebrating the 20th anniversary of his first F1 title, Hakkinen said he was open to a return.

Asked if he would consider racing in the Goodwood Revival, Hakkinen told Autosport: "Yeah, I think so.

"It's another beautiful event here. I've never been in one so I think I'll have to come here."

As a brand ambassador for McLaren, Hakkinen could potentially race in the Revival's 25-minute Whitsun Trophy, which is open for pre-1966 unlimited sportscars including the McLaren M1B.

Hakkinen has also appeared at Goodwood's Members' Meeting, but he did not take part in any of the races at that event.

Instead he joined fellow ex-F1 driver Jochen Mass to complete demonstration laps in a Mercedes-Benz W196 grand prix car in 2016. 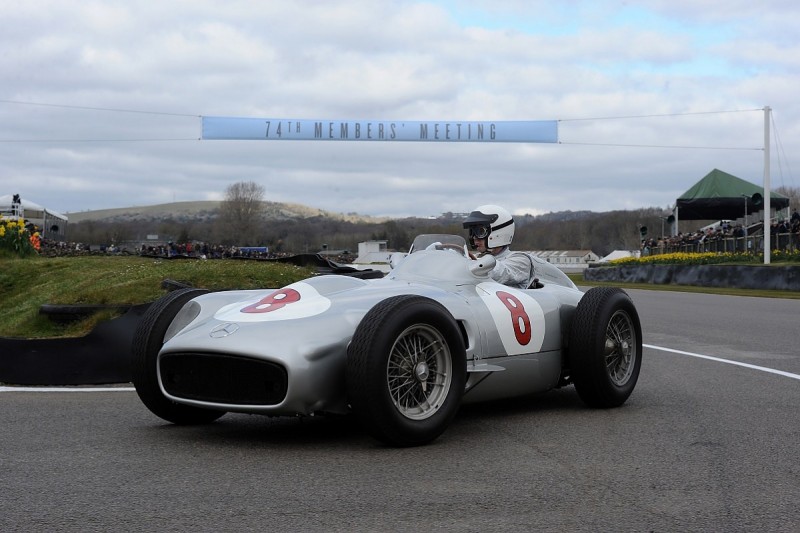 Hakkinen said Goodwood estate owner and event founder Charles Gordon-Lennox, the Duke of Richmond, had "been so kind every time I've been here and has really taken care of me. He's a great personality.

"It's huge pressure to keep such a beautiful place all the time. It's great what he's able to do."