The Tourenwagen Classics series features mainly DTM machinery from the mid-1980s up to '96, by which time it had evolved into the high-tech and high-budget, short-lived ITC.

Stefan Rupp took pole position in an ex-Fisichella Alfa Romeo 155 V6 TI and led for most of the race before the car ground to a halt with a couple of laps remaining, with smoke billowing from the Alfa's overheating engine. 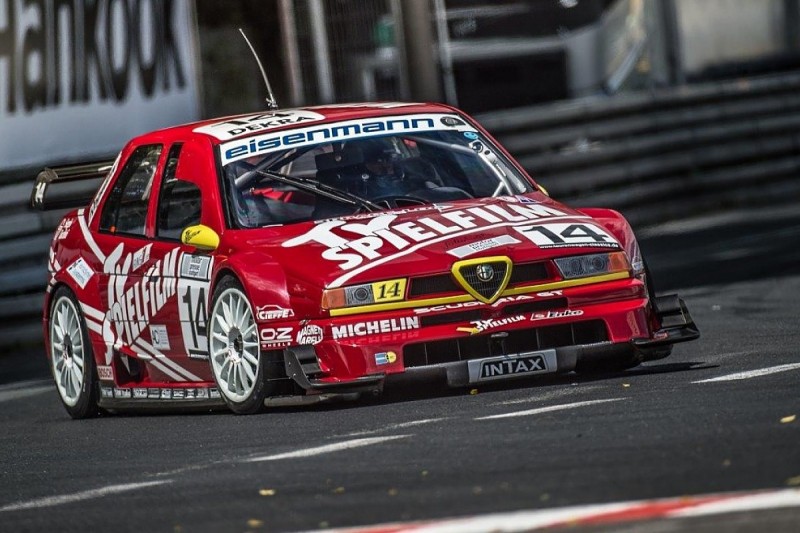 But Rupp would not have won anyway, having been black-flagged for ignoring a drive-through penalty that was issued after he broke the pitlane speed limit during his mandatory stop.

By the time of Rupp's retirement, the only other machine from the very latest days of the ultimate Class 1 V6 touring cars had also been sidelined.

Jorg Hatscher, driving the Mercedes C-Class crashed at the Norisring by Jan Magnussen in 1996, smacked the wall exiting the chicane with seven laps to go, with suspension damage putting him out of the race. 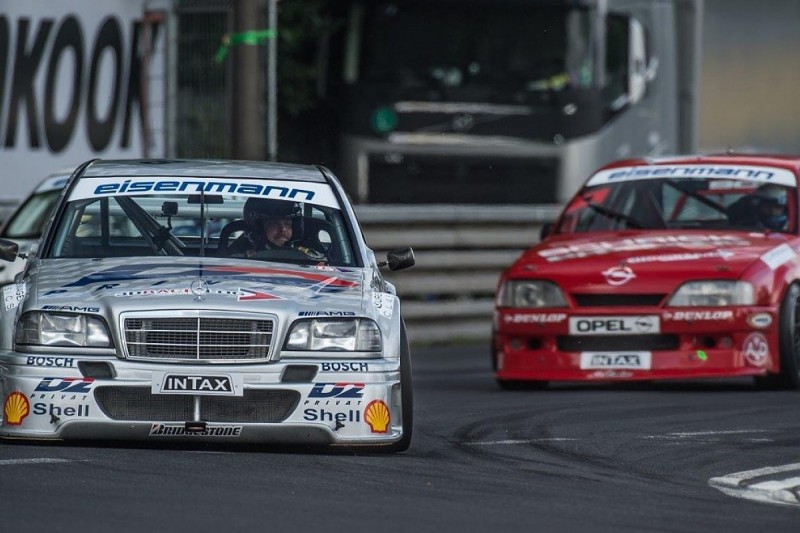