Now 67-years-old, Brancatelli had ended a 16-year lay-off from racing last season and fended off newer Super Touring Cars to claim a podium finish in his first race at Oulton.

On hand in the pitlane to tend the car was Rudi Eggenberger, the Swiss touring car engineer who built the car originally.

"It's a beautiful combination to have back together," said Brancatelli.

"It's not the complete team from the 1980s but the two most important parts: myself and Rudi Eggenberger, which makes something really special.

"Most of the people are not racing anymore, they are retired.

"I really forgot everything until one day last year a gentleman from New Zealand called Peter Sturgeon rang me and said he'd bought a car I raced, which was a BMW M3 from 1987. I raced that car with Johnny Cecotto in ETCC.

"I didn't know what I could do, 16 years is a long time. But I took the challenge and so I went to New Zealand last year.

"Then Peter decided to buy the Sierra RS500 Cosworth that I won the 24 Hours in at Spa-Francorchamps in 1989.

"We did four races in New Zealand earlier this year, then we won at Silverstone and the Nurburgring and now we are at Oulton Park. This is something magic." 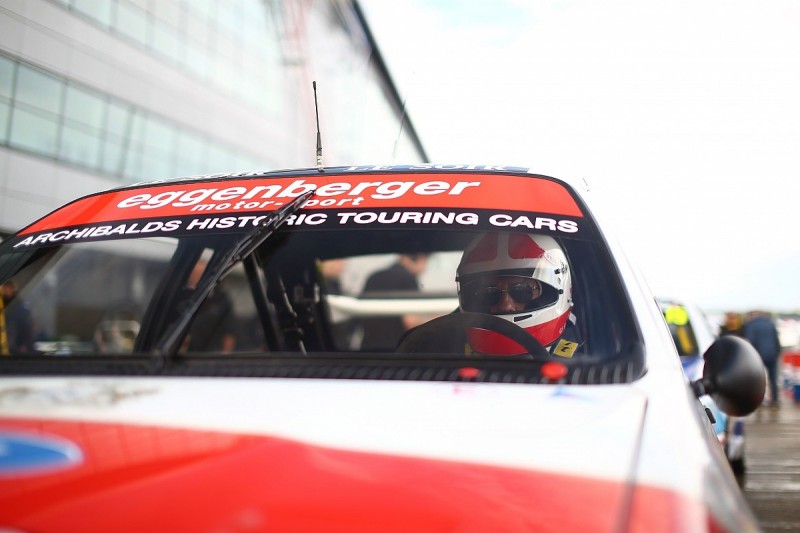 Brancatelli admitted he had never expected to return to the tracks.

"Of course I thought my racing was finished after 16 years," he said.

"I never went to see any race and I'd never been on any circuit. I just forget.

"But this is something that makes the person younger again. This car is like an old friend but some things are different, like the tyres.

"The sensation of driving this car is special. So many people come to see the car and they remember the car from 30 years ago.

"To go back racing you need to be in good shape and have a competitive spirit.

"I honestly didn't miss it but since I'm back I have to do the best for myself.

"Every time you go on the track someone is watching you and you have to do the maximum."