Ahead of the 60th birthday celebrations for the Jaguar E-type at this summer’s The Classic, Silverstone, Damon Hill recently drove the car that his father Graham took to the model’s first race win in April 1961.

A month after the evocative British sports car was unveiled in the spring of 1961 at the Geneva International Motor Show, the E-type was raced for the first time at Oulton Park when a pair of convertible road cars were prepared for F1 stars Graham Hill and Roy Salvadori.

Sixty years on, ECD 400 was at Silverstone for Damon to honour his father’s 1961 victory as the 1996 World Champion drove the dark blue Jaguar for the first time.

“It was a fantastic opportunity for me to drive the E-type of all E-types,” said Damon. “In the Hill family we cherish the fact that dad was the first guy to win a race in an E-type and I feel very, very privileged to be given the chance to take such a famous car for a spin. 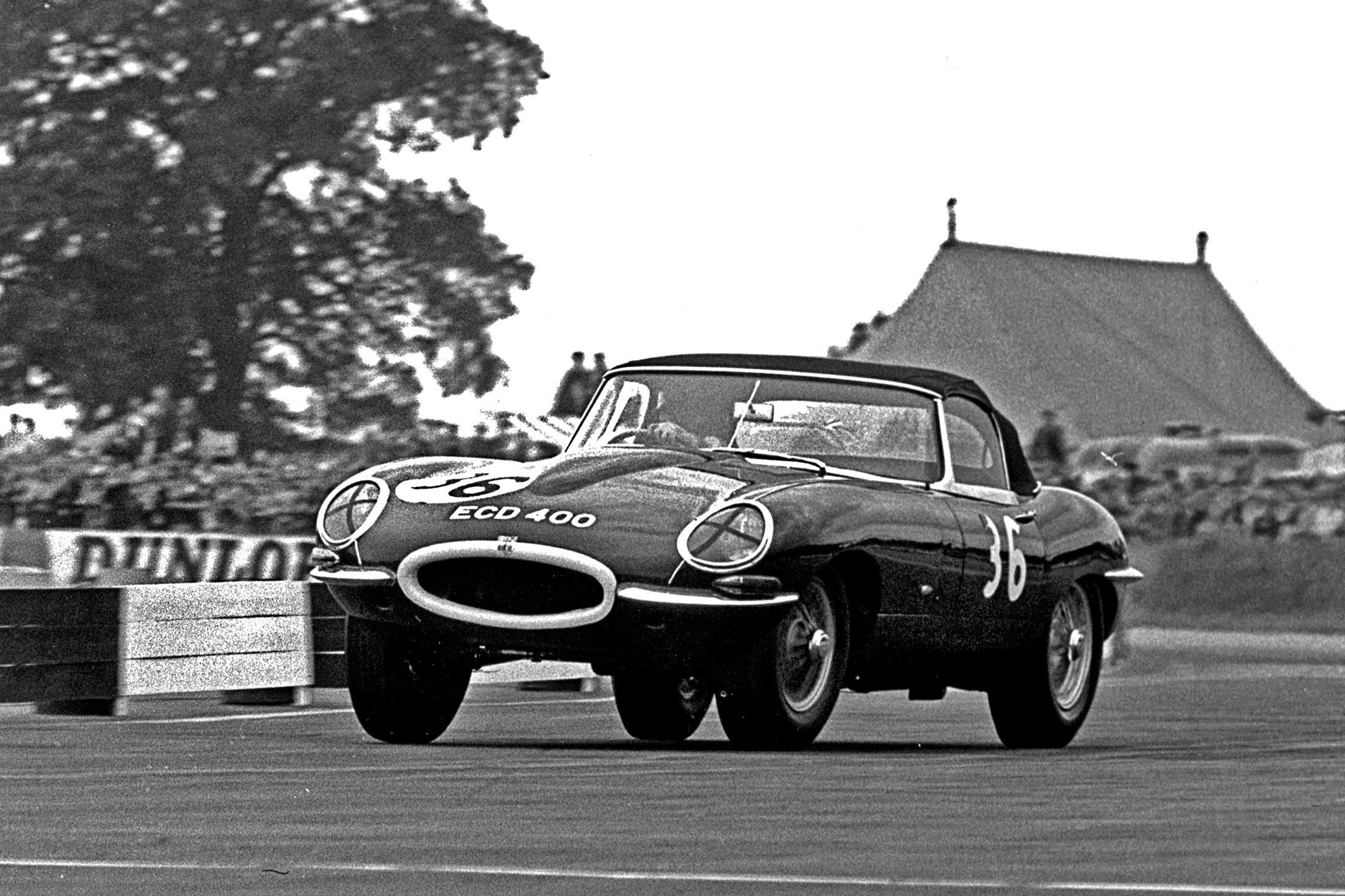 “The experience captured everything that epitomised British motor sport of that era. ECD 400 is a hugely iconic Jaguar. It’s a beautiful looking car and sounds absolutely gorgeous – so for me to step back in time and drive the very same car in which my father won that first race 60 years ago was a wonderful bit of Hill history.”

Graham also raced ECD 400 in the Empire Trophy at Silverstone a few weeks after his Oulton Park victory, but the win went to Stirling Moss in Rob Walker’s Ferrari 250 GT SWB.

E-type celebrations at The Classic (Jul 30-Aug 1) will centre on two 60th anniversary E-type races, while ECD 400 will be on display throughout the weekend and will lead an anniversary track parade on Saturday evening.