The trio braved soaking conditions to drive cars representative of those entered into the 1948 British Grand Prix as part of a Channel 4 feature that will mark the 70th anniversary of Silverstone's first grand prix race event.

They were joined by former F1 commentator Murray Walker, who attended the 1948 race, which took place on October 2 on a makeshift track using the runways of Silverstone's wartime airfield, as a young spectator.

Webber climbed behind the wheel of an ERA GP1 E-Type, which was driven in the 1948 event and is now owned and raced by Duncan Ricketts.

Chandhok and Wolff took to the track in Alta and Cooper Bristol Grand Prix cars from the same era respectively - with the cars being made available by IN Racing.

"It [was] a very exciting day at Silverstone," said Webber.

"Unfortunately, I'm away for the Classic weekend itself but I know it's an incredible event.

"It's an historic venue that attracts an incredible collection of cars and I think it's hit Susie, Karun and myself straight between the eyes today just how much passion and enthusiasm is here."

At the 2018 Silverstone Classic, which will take place on July 20-22, one of the standout features will be a special parade to celebrate the 70th anniversary of the first GP to take place at the track. 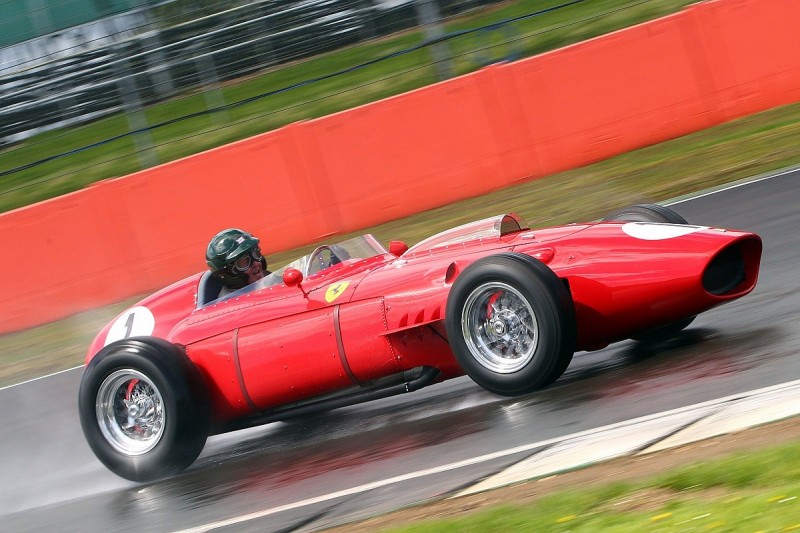 Hawthorn raced a similar car to the F1 title in 1958 and the try-out represented the 50th F1 car that Brundle has driven.

"When we heard that Murray was coming back to his beloved Silverstone to be with us on our Silverstone Classic Preview Day, we thought it would be a great chance to honour his remarkable career," said Wigley.

"This award is really a little 'thank you' from all of us for all the wonderful entertainment he's provided over the past 70 years."