The reunion has been made possible after the car raced by Guy Edwards returned to the UK having spent three decades in Australia and New Zealand.

The Kaliber cars were run by the Andy Rouse team and driven by Rouse and Edwards in the final season of a multi-class format for the BTCC.

Rouse finished the season with six wins and a class-winning third overall in the final points and his car has been raced successfully over the last couple of seasons by Julian Thomas.

Meanwhile, the RS500 raced by Edwards will return to racing next season after 30 years in Australia and New Zealand.

Graeme Dodd bought the car at the 2019 Silverstone Classic auction and plans to race it next season with his son James.

Hopefully, both cars will be on the grid together again in 2021 and are eligible for the Dunlop Saloon Car Cup and the Motor Racing Legends Historic Touring Car Challenge. 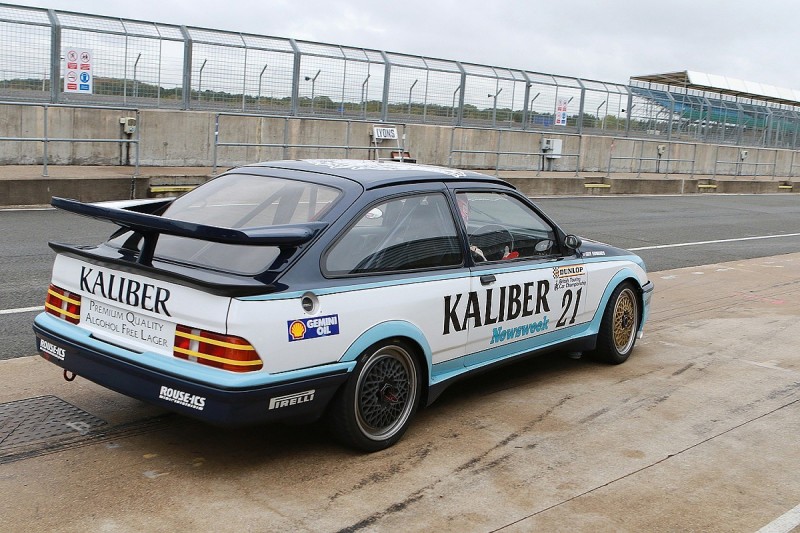 Rouse took the Edwards car to Bathurst in Australia at the end of the 1989 season and then sold it. "It spent 10 years in the museum at Bathurst and then it went to New Zealand, but didn't race much," said Dodd senior.

"It has been stood a lot since period so we've just been getting it ready to race again," he said after a shakedown test at Silverstone in October.

"It is a bit of history and it's not been raced in the UK since the end of the 1989 season. It is very original.

"I've always fancied having one of the RS500s and we've been able to get it back into period livery."