© 2021 Motorsport Network. All rights reserved.
TV Tickets Fashion Giorgio Piola Jobs
Previous / Fittipaldi to be reunited with favourite F1 Lotus 72 at Goodwood FoS Next / From Motorious: To the Green Hell and back in an Audi S8
Historics News

Longhurst, the winner of the 1988 Bathurst 1000 winner, drove the Frank Gardner/Jim Stone-built Benson & Hedges RS500 in '90 and clocked 180mph on Mount Panorama's Conrod Straight to break the qualifying record, before retiring in the race due to an engine failure.

The car then moved into the Bowden collection from 1994 up until 2015, when McMahon acquired and mechanically restored it for the '16 season, before competing at Brands last weekend in the HSCC Saloon Car Cup.

Sydney-based McMahon spent seven years in the United Kingdom as a child from 1956 with his dentist father and his love of motorsport stemmed from a trip to Brands as a nine-year-old.

"I came to Brands when I was nine and that started it all," said McMahon, who has raced extensively in Australia in Group C cars and a wide range of touring cars. 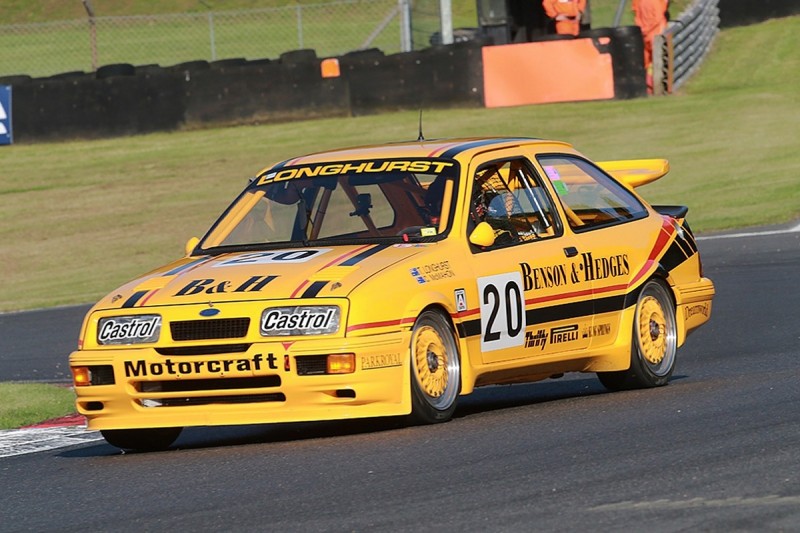 Speaking about the Cosworth, McMahon added: "It's awesome.

"It raced 11 times in period and then spent 23 years in a museum, which is where I found it."

McMahon is currently touring Europe with the ex-Longhurst car and plans to race at the Silverstone Classic and the Spa 6-Hour meeting later this summer.

"The car has never been to Europe before and I'd not raced here before," McMahon said.

From Motorious: To the Green Hell and back in an Audi S8