Bradley, who currently races a Nissan in the Super GT series, won the LMP2 class at Le Mans in 2015 with the KCMG team and has competed extensively in prototypes and GT cars.

He spent just 28 hours in the UK between China and Japan, but used it to good effect to dominate the Formula Junior race at the Castle Combe Autumn Classic once he had overcome early leader and championship favourite Peter de la Roche. 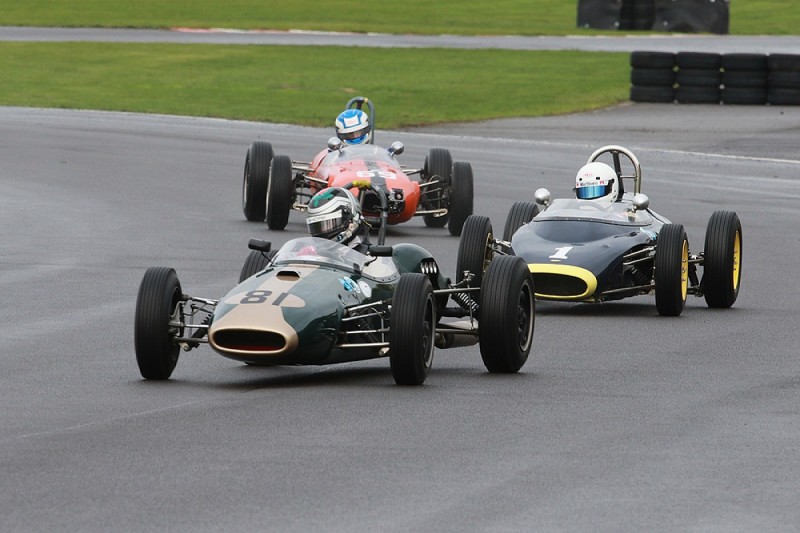 Bradley mastered wet and slippery conditions in his family's Brabham BT2, before dashing to Heathrow for his flight to Japan where he was due to test for Nissan at Motegi on Monday.

The 1962 car, chassis FJ-9-62, was raced by Roger Mac in period but enjoyed the most success with Mike Harrison in the decade prior to 1986 in the early years of Historic Formula Junior.

It then spent 30 years in North America before the Bradley family acquired it and shipped it to the UK in time for last month's Goodwood Revival.

"It's very different to what I'm used to," said Bradley, who hopes to race the car again next year if he can fit the dates around his other commitments.