The inaugural 'Porsches at Prescott' event brought a famous 956 Group C car and more than 40 competing Porsches to the popular Gloucestershire-based hillclimb venue.

Though not running on the hill at the event last Saturday, the ex-works 1983 Rothmans-livered 956 chassis 007 took pride of place in the paddock.

One of the eight surviving works 956s from the 10 built, 007 was crashed spectacularly at the Nurburgring's Pflanzgarten by the late Stefan Bellof during the final 1000km race held on the Nordschleife.

Later, the three-race old car was rebuilt and spent time in a US museum before current owner Chris Crawford had it restored over a two-year period to its 1983 Nurburgring specification.

Once complete, the Concept Racing car promises to be a major hillclimb contender. On the hill, drivers included veteran racer and hillclimber David Franklin.

Forty-three years after he held the outright hill record at Prescott in a Formula 2 March 742-BMW, Franklin drove a 1972 Porsche 911RS.

The 1978 British Hillclimb champions shared the car of near neighbour Chris Stone to finish sixth in the Porsche Club GB invitation class. 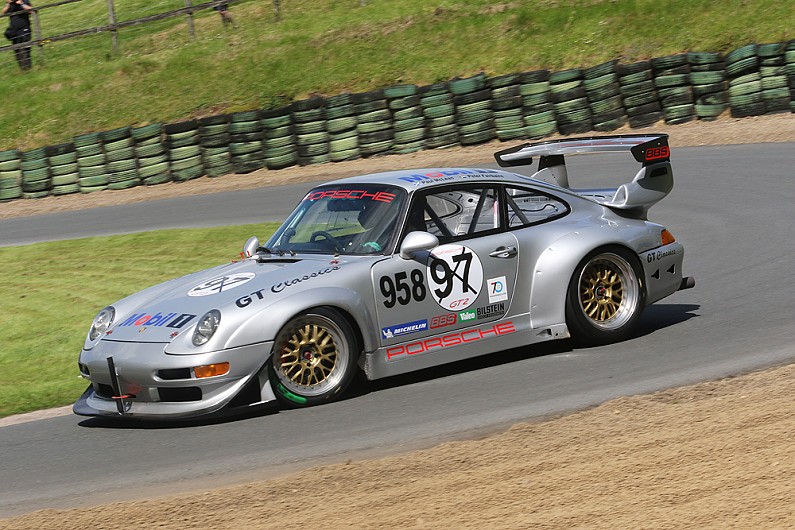