The biggest-ever field of Pre-War Bentleys is set to mark the manufacturer's centenary at this year's Silverstone Classic in July.

To run in a prime Saturday evening slot at the Classic, the Bentley Centenary Trophy for Pre-War Sports Cars comes almost exactly 100 years after W.O. Bentley founded the company on July 10, 1919.

The event promoters expect more than 30 Bentleys within a capacity field of Pre-War cars.

The Bentley Centenary Trophy is being organised by Motor Racing Legends, whose Chairman and Bentley racer, Duncan Wiltshire, anticipates a record-breaking grid.

"This is such a significant anniversary: a once-in-a-lifetime celebration which is certain to appeal to all those with eligible Bentleys," he said.

"As a result, we are expecting an enormous turn-out and, by all probability, the biggest grid of racing Bentleys ever seen anywhere in the world. 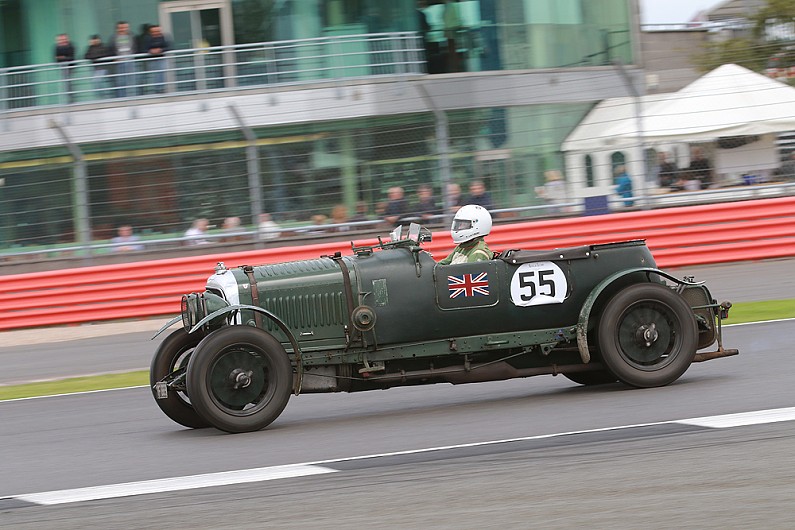 In the company's early years, Bentley won Le Mans five times in seven years between 1924 and 1930, including a podium clean sweep in 1929.

Examples of the 3-litre, 4.5-litre Blower and Speed Six models, raced to success in France, will be on the grid at Silverstone.

Nick Wigley, Silverstone Classic CEO said: "We will be recreating some of that Le Mans magic at sunset on Saturday at the Classic to celebrate what is a very special moment in Bentley's remarkable lifetime."

Adding to the Bentley centenary celebrations will be a track parade for car clubs representing the marque, scheduled for the Saturday of the Silverstone Classic weekend.