Lopez, who is also racing in Formula E with the Dragon team in 2018/19, will race an Audi R8 LMS for the Land Motorsport squad in the Blancpain GT Series Endurance Cup double-points round on July 27/28.

The three-time World Touring Car Championship title winner will share the car with Audi factory driver Christopher Mies and Swiss Ricardo Feller, who is racing Land-run R8s in ADAC GT Masters and the IMSA SportsCar Championship endurance races in the US this year.

Lopez's last GT race was nearly 10 years ago when he contested his home round of the FIA GT1 World Championship at the San Luis track in Argentina at the wheel of a Young Driver AMR Aston Martin DBR9.

The Land car is one of four entries that Audi has nominated to score points in the Intercontinental GT Challenge, which combines the big GT3 enduros around the world. 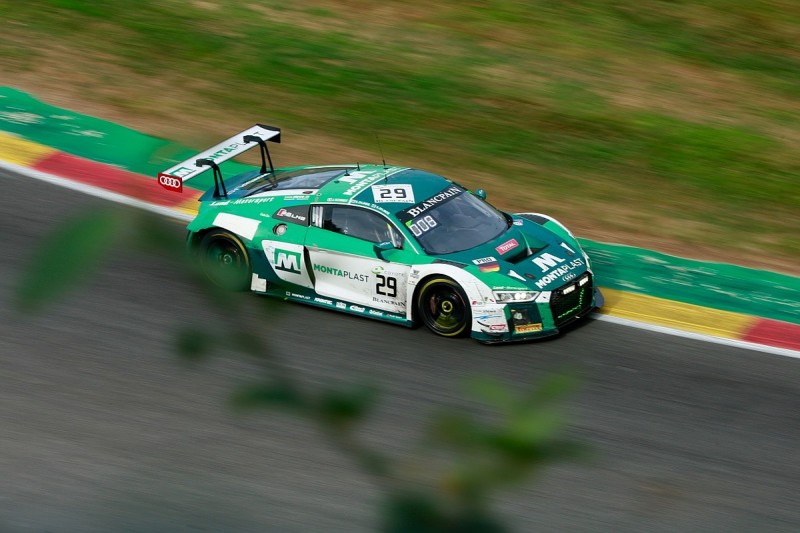 Land, which finished third as the top Audi at Spa last year (pictured above), joins the three factory R8s run by the WRT and Sainteloc teams in the German manufacturer's IGTC squad.

WRT, which won at Spa in 2011 and '14, will again field a car for Audi DTM drivers Rene Rast, Robin Frijns and Nico Muller.

The Sainteloc factory car will again be driven by 2017 winners Markus Winkelhock and Christopher Haase, and Frederic Vervisch.