In a U-turn for the manufacturer, Honda has revealed a new front-engined layout for its 2020 SUPER GT car, as Toyota and Nissan also unveiled its cars for next season

The SUPER GT version of the NSX has always had the same mid-engined layout of its road-going sibling, with the series using weight adjustments to align its performance with its conventional front-engined rivals rivals from Nissan and Lexus.

Honda's motorsport boss Masashi Yamamoto had earlier insisted that it will retain the mid-engined layout in 2020, as the marque was in conversation with SUPER GT for a special dispensation to the Class One regulations which specify a car is front-engined.

However, during a press conference held at Suzuka on Wednesday, Honda confirmed that it will in fact adopt the front-engine layout, with an early version of the revised car - featuring a moved exhaust now at the side of the car - also showcased to the media.

At the same press conference, a revised Nissan GT-R and Toyota's new Supra were also unveiled.

Supra's return marks the final spell in SUPER GT for Lexus and its hugely-successful LC500, which made its debut only three years ago and powered Nick Cassidy and Ryo Hirakawa to the 2017 title. The LC500 has won all but one of SUPER GT's top category, GT500, in 2019. 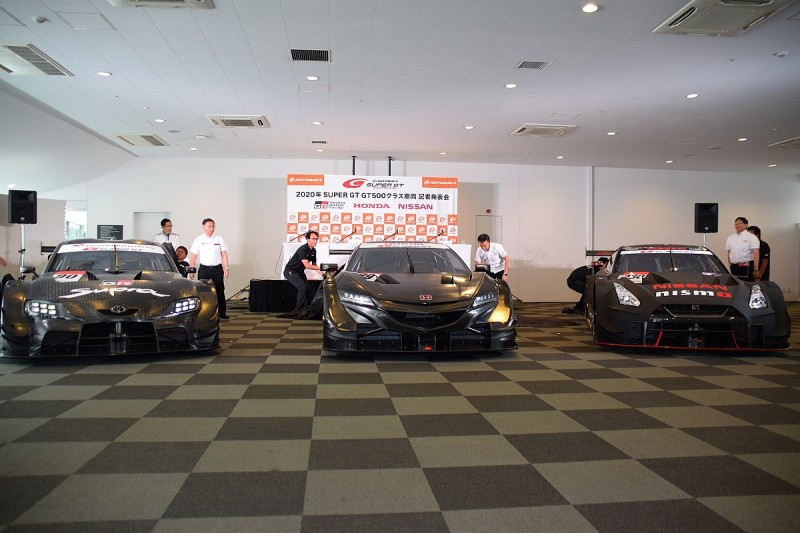 Toyota had confirmed Supra's return to SUPER GT in January with a concept version of the race car, clad in red-and-white Toyota Gazoo Racing livery.

However, it wasn't until Wednesday when the Japanese manufacturer unveiled the final trim of the Supra, built according to the new Class One regulations SUPER GT will share with DTM from 2020.

The Supra will share the grid with an upgraded version of the Nissan GT-R, which is due to begin testing from Thursday.

The GT-R first started racing in 2008, one year after the production model was introduced.