The AF Corse works squad has entered a Ferrari 488 GT3 to be driven by World Endurance Championship regulars James Calado, Sam Bird and Alessandro Pier Guidi in the Belgian classic on July 27/28, which is also the third round of the Intercontinental GT Challenge.

The Taiwanese HubAuto Corsa squad, which is a regular in the IGTC, will also bolster Ferrari's challenge for a first Spa victory since 2004.

Its 488 GT3 will be driven Daniel Serra, who was part of the winning GTE Pro line-up at the 2019 Le Mans 24 Hours, Nick Cassidy and Nick Foster.

Ferrari's only regular pro class BGTS entry, the AF-run SMP Racing entry, leads the points in the hands of Miguel Molina, Davide Rigon and Mikhail Aleshin after the opening three rounds of the championship.

The two additional Ferraris join an entry that has 36 cars in the Pro class, 10 up on the 26-car maximum allowed for regular rounds of the BGTS Endurance Cup.

A further 10 manufacturers are represented on the entry.

Porsche's bid for a seventh victory in the race will be strengthened by three additional Pro cars alongside its trio off full-season BGTS entries.

The marque's factory representative in the BGTS, Rowe Racing, will field an extra 911 GT3-R for Nick Tandy, Patrick Pilet and Frederic Makowiecki, alongside its two full-series entries.

Mercedes and Audi will also be represented by six cars in the top class. Mercedes fields four works-supported cars, one each from Black Falcon, Strakka, Auto Sport Promotion and GruppeM.

Raffaele Marciello, who partnered Buhk and Gotz in the opening two IGTC rounds, remains in his full-season BGTS car at ASP, with Fabian Schiller joining him and Vincent Abril.

WRT and Sainteloc anchor Audi's assault with three works entries between them.

IGTC regular KCMG represents Nissan with a pair of GT-R NISMO GT3s, while Aston Martin's hopes of an overall victory rest on the expanded three-car entry of Vantage GT3s from R-Motorsport.

The factory M-Sport Bentley squad is fielding four cars in its bid for victory in its centenary year.

Lamborghini has the most cars on the grid with 11 entries, with three Huracan GT3s in the Pro category from the FFF Racing and Grasser teams. 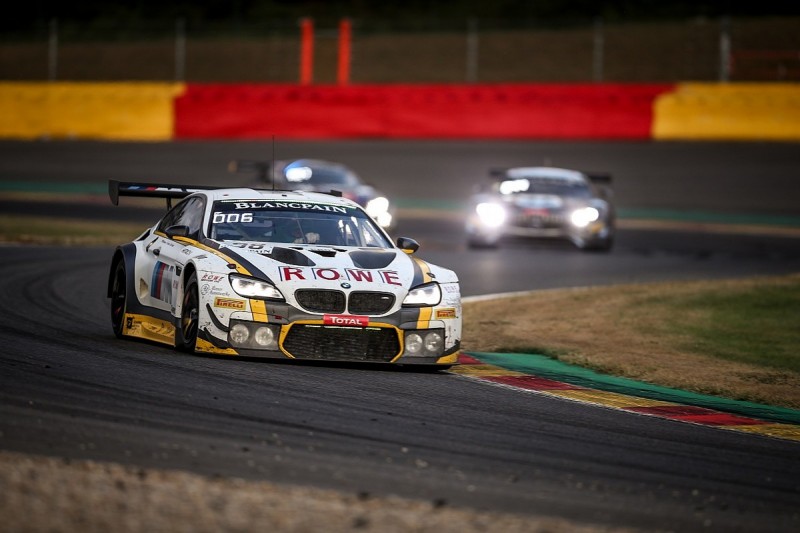 Last year's Spa winner Walkenhorst returns to Spa as part of a full IGTC assault alongside the Schnitzer team.

Honda is the final manufacturer represented in the top class.

The is a solo Lexus RC F GT3 on the entry is fielded in the amateur class by Tech 1 Racing.