Mercedes will defend its drivers' and manufacturers' titles against returnees Audi and Porsche and first-time entrant Lamborghini in the event on the Macau Formula 3 Grand Prix undercard on November 21-22.

The figure is down on last year's tally of five registered manufacturers, which included McLaren and Aston Martin.

A further four manufacturers - Bentley, Ferrari, BMW and Nissan - are not competing for the World Cup but represented on the 24-car entry for the GT3 event.

Blancpain GT Series boss Stephane Ratel, who is in charge of putting together the World Cup entry, told Autosport: "I can't say we are happy, because we were expecting more.

"The grid is still good and we should not forget that GT3 racing is not only about manufacturers.

Each manufacturer competing for the World Cup titles has been required to register two cars rather than the three allowed last year.

Maro Engel, who has won the Macau GT race for the past two seasons, again leads the Mercedes assault.

The German lines up alongside Renger van der Zande in a pair of HWA-run Mercedes-AMG GT3s. 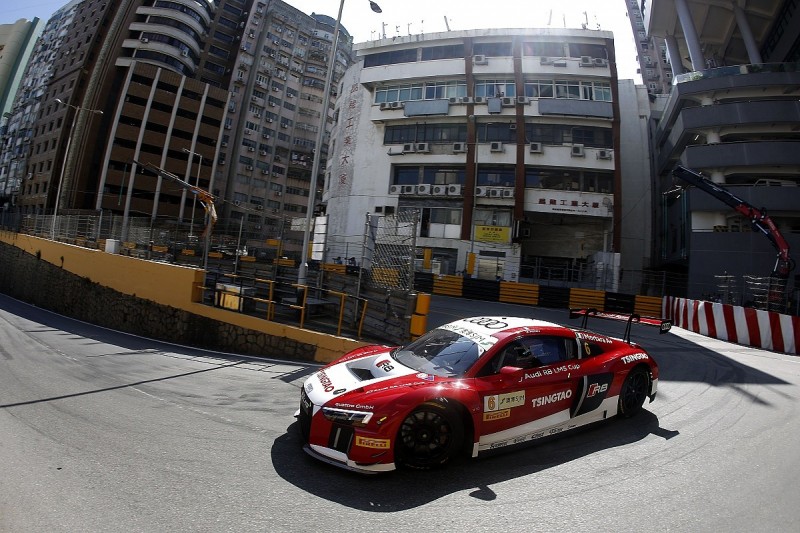 FFF Racing, which competes in the GT Asia Series, has switched from McLaren to Lamborghini and has entered two Huracan GT3s for factory driver Mirko Bortolotti and Andre Couto.

Further Audis on the entry list include a car entered by Phoenix for 2015 Macau runner-up Rene Rast.

Darryl O'Young, a winner of the Macau GT Cup before it was granted world status, and Richard Lyons will drive Porsches for the Craft-Bamboo squad.

The points system that decided the manufacturer's crown in last year's inaugural GT World Cup has been abandoned in favour of awarding the title to the first registered manufacturer at the end of the main race.

Ratel said that this would simplify the event.

"It doesn't make sense to have points for a one-off event," he explained.

"The manufacturer that wins gets both titles."

A 12-lap qualifying race on Saturday, November 21 will set the grid for the GT World Cup, which will be fought out over 18 laps on the Sunday.