McLaren Automotive and McLaren GT, which develops the British manufacturer's racing cars, have confirmed that the idea of a one-make series has been floated.

Their admission follows a revelation about the plans from McLaren Group boss Ron Dennis in an exclusive interview with Autosport's sister publication F1 Racing.

McLaren GT managing director Andrew Kirkaldy stressed that the idea for a series based on the £160,000 570S GT4 were still at a formative stage.

"But that's as far as it has gone right now."

He added that there "was a lot of water to go under the bridge" before he could talk about where the series might run or when it might begin.

Paul Mackenzie, director of special operations at McLaren Automotive, explained that discussions about a one-make series were part of a wide-ranging review of the car maker's motorsport strategy.

"We understand the broad benefits of being involved in motorsport and are looking how to maximise that in the future," he said.

The 570S GT4 was launched in March and a development car is being raced by McLaren GT's in-house team, known as Garage 59, under the Ecurie Ecosse banner in this year's British GT Championship.

The order book for customer cars has yet to be opened, but Kirkaldy revealed that enquiries from potential buyers numbered "well over 200".

... there was a one-make series for a Mclaren-designed and built car?

The Mercedes-Benz SLR McLaren, a joint venture between two companies then in a long-term Formula 1 tie-up, was the basis of a one-make series in 2008.

Ray Mallock Limited was commissioned to built a fleet of cars based on the hot 722 version for what became known as the SLR 722 GT Trophy.

The pro-am series ran for just six events over a single season and featured guest drivers such as Jean Alesi and Klaus Ludwig. 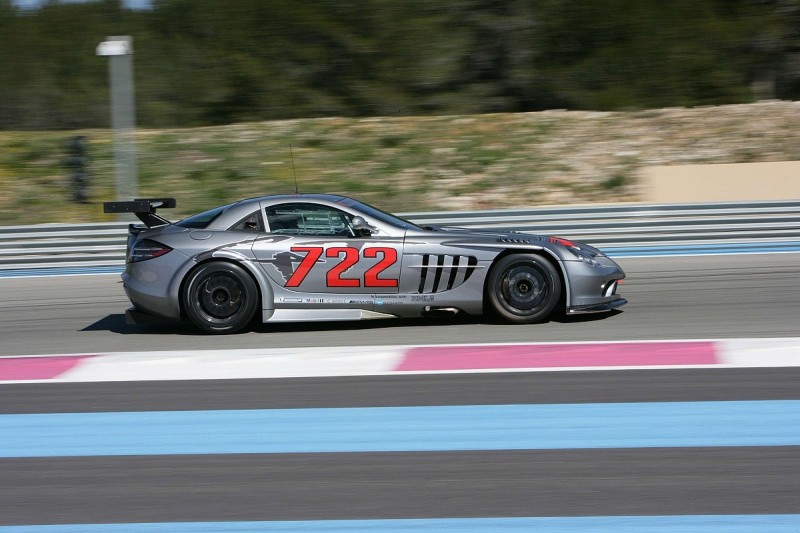