Brian Gush is stepping down from the position of director of motorsport he has held since the beginning of the programme that climaxed with Le Mans victory for Tom Kristensen, Rinaldo Capello and Guy Smith with the Speed 8 LM-GTP car.

The South African will be replaced on August 1, after the Spa 24 Hours Blancpain GT Series round on July 27/28, by current director of powertrain at Bentley Paul Williams.

Gush joined Bentley in 1999 as director of chassis and powertrain and masterminded the marque's factory return to international motorsport for the first time since 1930.

He was instrumental in getting the British manufacturer to take over a project that had originally been conceived to take parent company Volkswagen to Le Mans.

The programme to put a Volkswagen W12 engine in a new LM-GTP coupe designed and built by Racing Technology Norfolk in the UK was abandoned, but Gush identified it as the perfect tool to promote Bentley after its takeover by VW.

The project was given the go-ahead for Le Mans 2001 when he secured a supply of the twin-turbo V8 engines that powered sister marque Audi's successful LMP900 prototypes.

Team Bentley finished third with the EXP Speed 8 at Le Mans in 2001 and fourth with an updated car the following year, before RTN built the all-new Speed 8 with a revised version of the Audi V8 developed specially for the car. 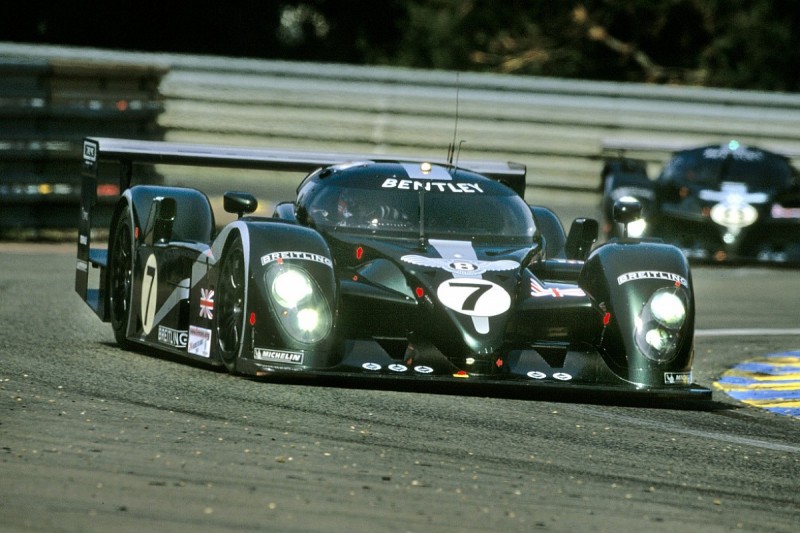 Gush brought Bentley back to motorsport for a second time in 2013 with the Continental GT3 project, which he placed with the M-Sport organisation.

The first-generation Continental racer was superseded by a new GT3 car for the 2018 season.

Gush oversaw development of the first and second generation Continental road cars and delivered the Bentley State Limousine, based on the original car, to the Queen.

"My time at Bentley has been the highlight of my career," he said.

"Bentley afforded me the opportunity to help deliver a car to Her Majesty the Queen while also winning the Le Mans 24 Hours - and surely it's the only brand in the world that could combine those two challenges."

The M-Sport factory team is running four cars at Spa in a bid to win the blue-riband endurance race in the centenary year of Bentley.

Abril and Marciello claim first Blancpain win of 2019 at Zandvoort