The Huracan GT3 was launched on Wednesday night at the Italian manufacturer's headquarters in Sant'Agata Bolognese and is the second car to emerge from Lamborghini Squadra Corse facility after the new Huracan LP 620-2 one-make Super Trofeo racer.

The car, which has been testing since last autumn, is built on the same alu-carbon platform as the forthcoming second-generation Audi R8, the race version of which is expected to appear later this season, and is powered by the same direct-injection V10.

Aerodynamics have been developed in conjunction with Italian race car constructor Dallara. 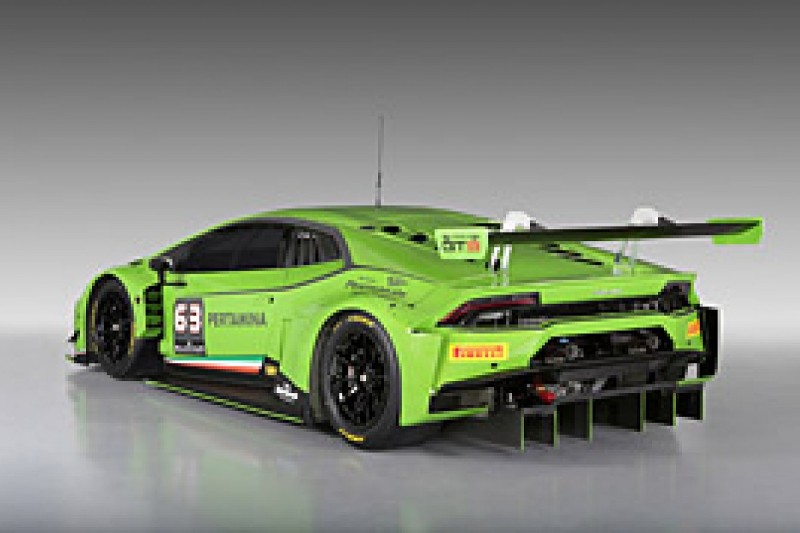 The Huracan GT3 will cost €369,000 and Lamborghini plans to produce up to 26 of the cars over the course of the coming season.

The Austrian Grasser Racing Team, a frontrunner in last year's Blancpain Sprint Series with the Reiter Engineering-developed Lambo Gallardo FLII, has been named as the Italian manufacturer's factory partner in the sister Blancpain Endurance Series.

It will run a pair of Huracan GT3s for a line-up led by Lamborghini Squada Corse test drivers Adrian Zaugg, a race winner in A1GP, and GT stalwart Fabio Babini, as well as 2011 Formula 2 champion and sometime Formula 1 test driver Mirko Bortolotti.

They will be joined by three members of Lamborghini's young driver programme: Giovanni Venturini, Jeroen Mul and Andrew Palmer.