Jenson Button: My love for racing is back after year out of F1

Jenson Button says his "love for motor racing is back" after spending a year away from Formula 1, ahead of his return to full-time competition in Super GT in 2018

The 2009 F1 world champion announced at the weekend that he will contest the full Super GT season in Japan next year with Honda, having made his debut in the category at the Suzuka 1000km earlier this year.

Button admitted at the Japanese Grand Prix in October that he stayed in F1 a year too long, which resulted in him falling out of love with motorsport, and he added this weekend that his rediscovered passion for racing did not extend to wanting an F1 return.

"This year off from Formula 1 has been the best thing I possibly could have done because my love for racing is back," Button told Autosport during the Honda Thanks Day at Motegi.

"F1, my time was done there, but for racing itself my love is well and truly back. I'm very excited.

"The race I did in August was so exciting, there was so much fighting, so much overtaking, and I really enjoyed it. 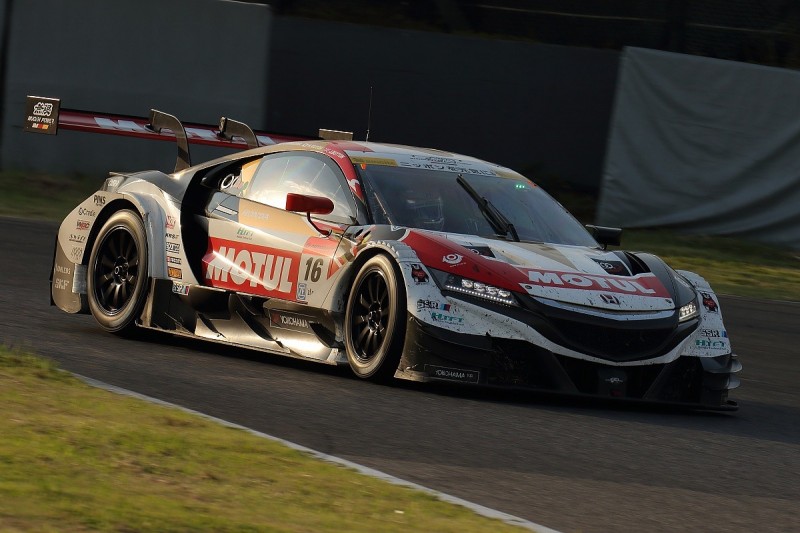 "Towards the end of the year [Masashi] Yamamoto-san [Honda motorsport boss] asked me if I'd like to do a full year of racing, and I said I'd love to do that.

"[In Super GT] there's a lot of competition between the manufacturers, and a lot of talented drivers, which is what you need in a sport.

"That's what gets you excited, that competition."

Button was thought to be in the frame for a seat with the new Penske Acura team in the IMSA SportsCar Championship next year, but he says his main interest there was for the high-profile endurance races, and it was too difficult to combine with a Super GT programme.

"We talked, but I was thinking about the endurance races, because I wanted to do Daytona [24 Hours]," he said when asked about Penske.

"But it was tricky fitting it in with Super GT because you'd be all over the place during the season, flying between the US and Japan, and the testing schedules don't fit either.

"I wanted to do one thing properly - I didn't want to come into a season and over-race.

"Eight races [in Super GT] isn't a lot but it's the perfect amount to get you back into racing again.