The idea is for the new breed of car to become the basis of the amateur classes as a complement to GT3 in SRO's sprint series from 2020.

SRO boss Stephane Ratel explained that the new class was a reaction to the continuing development of the GT3 category.

"The evolution of GT3 with more and more downforce has made them more out-and-out racecars that are difficult to drive for the amateur," he said.

"The 'ams' are disappearing - we have zero amateurs in the BGTS Sprint Cup, for example.

"We are welcoming more powerful cars, supercars, that don't need major modifications for racing, but can still be developed into extremely exciting racecars."

Ratel explained that the principles of his GT4 category were being applied to more powerful cars.

This means no modifications will be allowed to the engines or transmissions, as well as limited aerodynamic development. 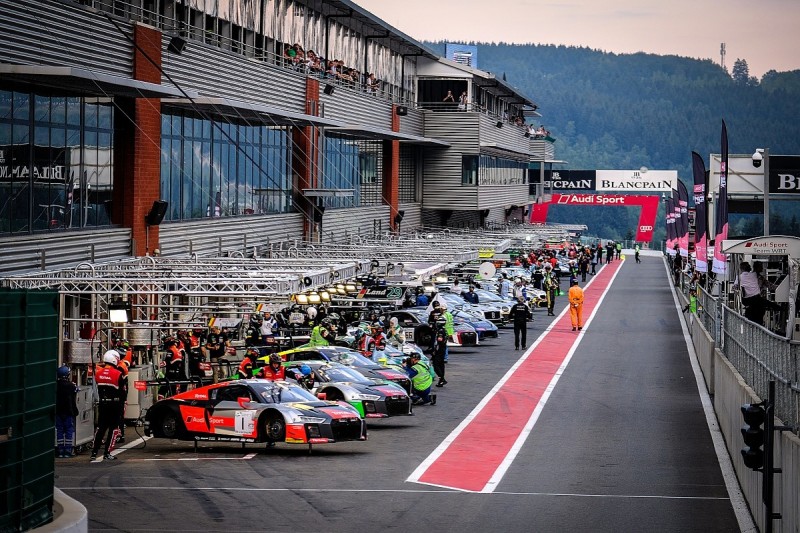 The category will be for cars with up to 700bhp, whereas the GT3 machinery power outputs are in the region of 560bhp.

He revealed that he hoped that the introduction of the new class would allow British GT to be split into separate series for GT3/GT2 cars and GT4 machinery.

"But if you reinforce GT3 with GT2 for the amateurs you will grow the grid."

Ratel refused to be drawn on which cars might become of the basis of GT2 cars, but he said that he had "positive feedback" from a number of manufacturers and is hopeful of the first cars arriving sometime next season.

He said he might organise a one-off event for them or allow the first GT2s to race in his amateur-only Blancpain GT Sports Club series.

Ratel explained that the higher weight of GT2s would make them unsuitable for long-distance racing, which explains why there are no plans to incorporate them into the BGTS Endurance Cup.

He stressed that while the new class had not been conceived to replace GT3, it could offer a fall-back position should the category he conceived for the 2006 develop in a direction contrary to the needs of SRO.

Ratel pointed to the FIA's failed attempt to merge the GT3 and GTE categories, which he insisted would have resulted in an increase in purchase and running costs.

"In no circumstances do I want to replace the very healthy and successful class that is GT3, but it could be a safeguard for us," he said.

SRO has trademarked 'GT2', which was the former name of the GTE division.