As a four-time winner of the Spa 24 Hours, it's perhaps only natural that Thierry Tassin picks the Belgian track as his favourite for Autosport's weekly series. Ahead of this weekend's edition of the classic enduro, he explains his personal connection to the circuit where he made his name

The Circuit de Spa-Francorchamps is central to the motor racing story of Thierry Tassin. It is where his love affair with the sport started, where he scored the biggest successes of his career with a quartet of victories in the Spa 24 Hours and where he is this weekend in his capacity as one of the sporting directors of the crack WRT Audi team for its assault on the race in which he made his name.

“I have so many great souvenirs from Spa,” says Tassin, now 63. “My father raced sportscars all over with Ecurie Nationale Belge, but Spa is really where I started watching races.

“My grandparents had a big house in the town, and when I visited, I’d go to the track to see the cars on the old 14km track with my grandfather. We’d watch at Burnenville, Malmedy, the Masta Kink, all those crazy places.”

Tassin also got his first taste of competing at Spa, not at the circuit but in his maternal grandfather’s back garden: “He bought an old kart of his grand children and then decided to pave part of his garden, so we were racing against the stopwatch from the age of five or six.”

It was at a similar age that Tassin’s passion for motor racing was ignited, fittingly at the 24 Hours, then a touring car race.

“My first strong memory is from the Spa 24 Hours some time in the mid-1960s,” he recalls. “I remember looking up at the winners’ rostrum after the race and thinking, wouldn’t it be amazing if one day I could be up there? That would be the best day of my life.

“All those years later when I took the first of my four victories in the 24 Hours in 1983, I was up on that same podium down in the old ‘endurance’ pits. I looked out at the crowd - and in those days the race used to get 90,000 or 100,000 spectators - and wondered if there was a little kid down there thinking the same as I’d done all those years before.” 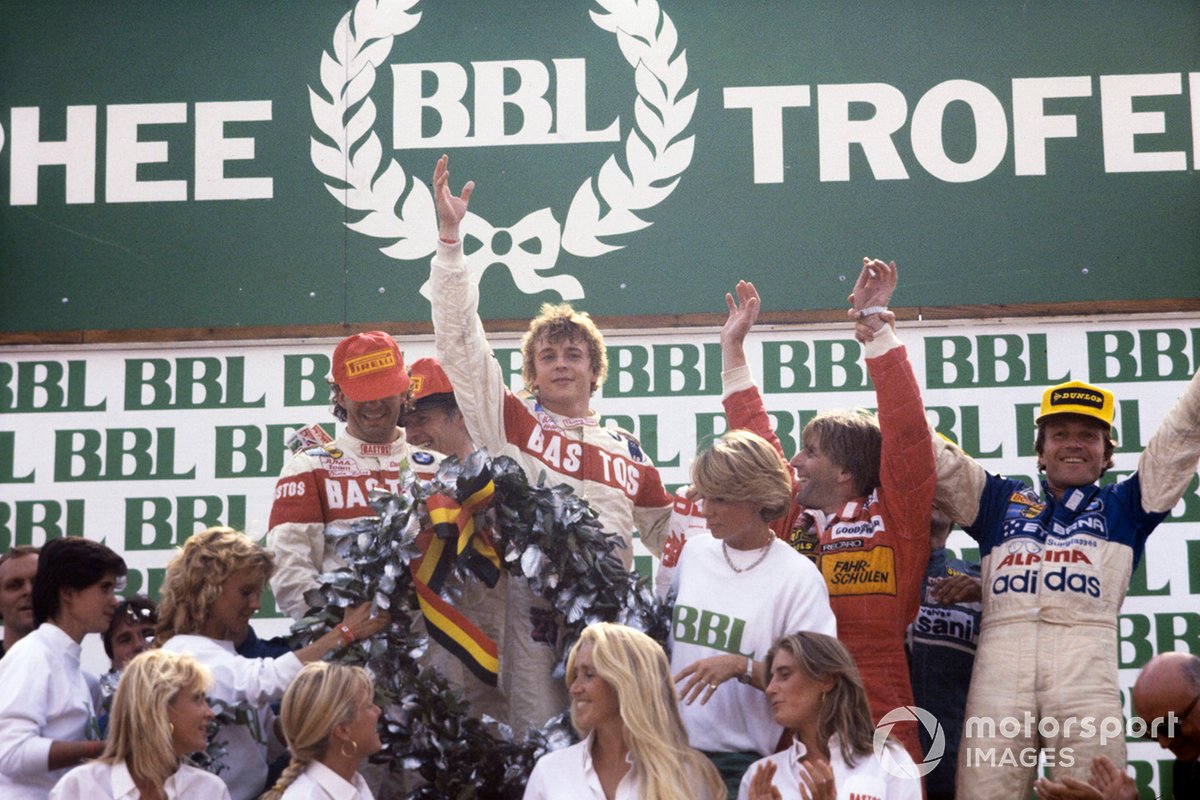 Tassin celebrates victory in the 1983 Spa 24 Hours, a result he says changed his life

Victory at Spa in 1983 driving a Juma BMW 635CSi with Hans Heyer and Armin Hahne was a pivotal moment for Tassin on his racing journey.

“That victory in 1983 at such a young age with the Juma BMW was so important in my career,” he explains. “I went from being an unknown to the front pages of the newspapers in Belgium in the space of one weekend. The race got a full page in Le Soir.

“I had been doing Formula 2 that year with Onyx, but I had to stop because a sponsor hadn’t paid. The win helped me so much in single-seaters; it allowed me to go back to F2 the following season.”

Talk to Tassin about Spa and his love for the track, and he makes a distinction between the place then and now.

"Blanchimont was the best corner for me. I promise you it wasn’t flat in a touring car back then, no way: you had the Armco maybe three or four metres on either side of the track. To concentrate for lap after lap during a stint in the 24 Hours was very difficult" Thierry Tassin

He clarifies: “When I talk about Spa being my favourite, I mean the seven-kilometre circuit as it was in the 1980s and ‘90s when I raced on it, with the barriers right up to the edge of the circuit. Eau Rouge was tighter then, more of a left and a right. It was more of a challenge and much more dangerous.

“I had a big accident there in F2 driving at Toleman for Alan Docking. We were on Avon tyres, which were only competitive in the wet. I was running third in the European championship race at Spa in 1982 behind the two Spirt-Hondas on Bridgestones and what was a small puddle at the bottom of Eau Rouge on the lap before had become a very big puddle the next time.

“I hit the barriers at the bottom of the old grandstand there and the car went up in the air. I never wanted to look at the photographs because it was a scary accident.

“But Blanchimont was the best corner for me. I promise you it wasn’t flat in a touring car back then, no way: you had the Armco maybe three or four metres on either side of the track. To concentrate for lap after lap during a stint in the 24 Hours was very difficult. There was no margin for error. Spa was a much bigger challenge, so much better back then. 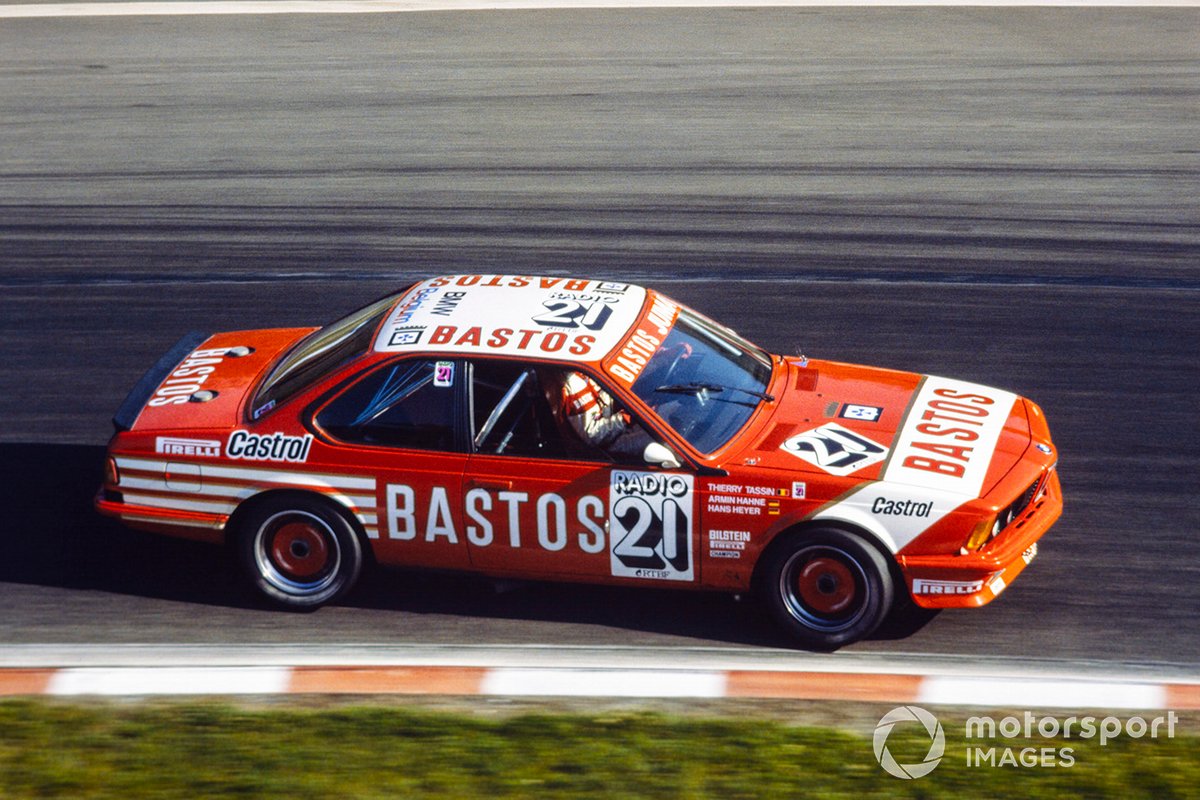 Spa was a fearsome track before run-off areas were introduced, and Tassin had a big F2 crash there in 1982 before his breakthrough win

“The changes that have been made to the circuit with more run-off over the past 15 or 20 years have removed much of that challenge. Now if you go off, maybe you get a track-limits penalty. When I was racing there, you ended up in hospital or at least destroyed the car.”

It was a realisation of the dangers of Spa that brought his driving career to an end in 2002, save for a brief comeback 10 or so years later. The trigger was seeing the wreck of the Carsport Holland Chrysler Viper GTS-R he had been driving in parc ferme.

“We were leading the race, maybe by a lap, and one of my team-mates, Anthony Kumpen, had a big crash going down the hill from La Source to Eau Rouge,” explains Tassin, whose primary role at WRT is on the World Endurance Championship LMP2 programme. “He managed to get out of the car, but I thought, what if that had been me? Would I have been able to get out?

“That was the year that my daughter was born. I knew it was time to stop, so I turned the page. I wasn’t prepared to take the risks any more.”

Tassin wouldn’t take part again in the Spa enduro, a race in which he followed up on his 1983 victory with wins in 1986, 1994 and 1996, each garnered at the wheel of a BMW. His first appearance in the race had come in 1980 when as a young Formula 3 driver he was called up to drive a Ford Capri for Gordon Spice Racing.

That was actually his first race of any kind at Spa, two years after the shortening of the circuit, so he missed out competing on the old track at which he had spectated as a kid. He had forged his career in Britain — “the best school for a racing driver”, he says — first in Formula Ford and then F3.

“It was only after the track had been shortened that I got to race there for the first time when I drove one of the Belga Ford Capris,” he says. “But it would have been great to do the old one because it had all those fantastic corners where I used to watch as a kid.” 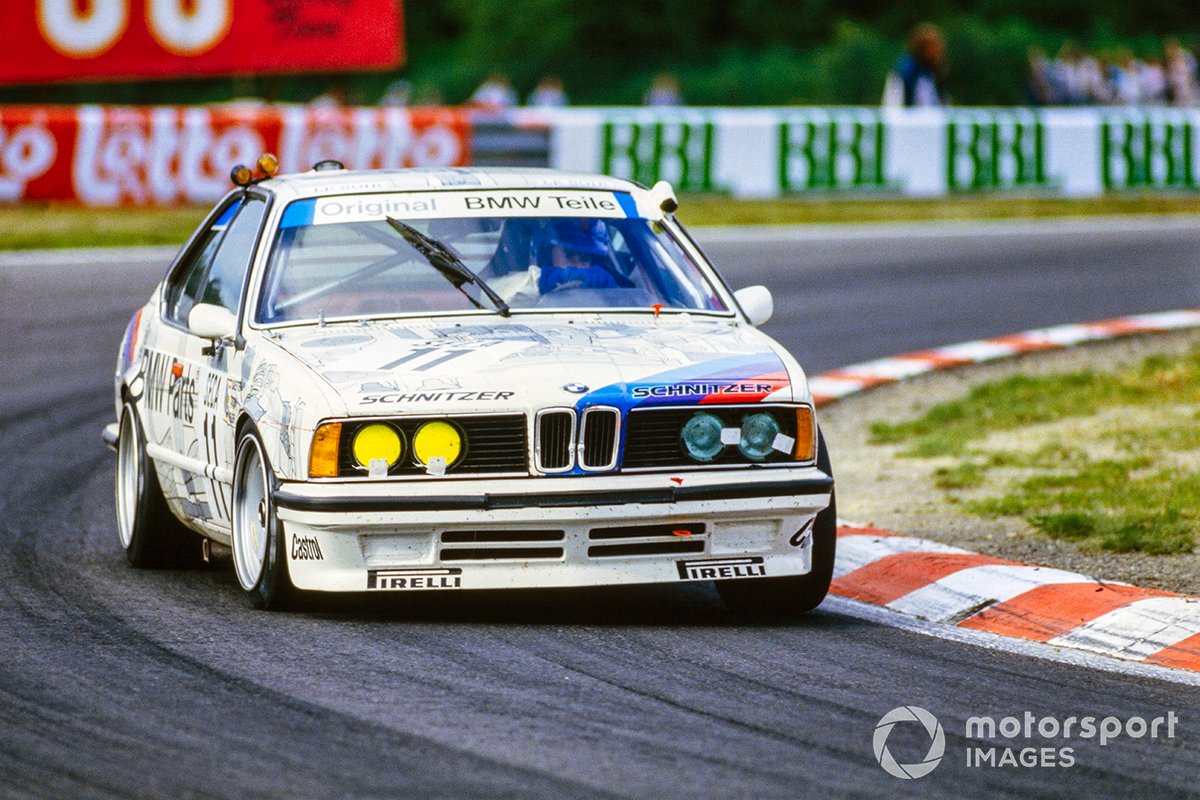