The new Ford GT mid-engined supercar was revealed at the Detroit motor show today, but no reference was made to racing in the course of the vehicle's announcement except that its arrival in the marketplace next year would celebrate the 50th anniversary of the first Le Mans victory in 1966 with the GT40.

The car is also being exhibited at the show between a Ford GT40 and its predecessor built in 2005 and '06, which was also known as the GT.

Ford vice-president and chief technical officer Raj Nair was evasive on the likelihood of a racing future for the car.

"We've always been good at linking in race programmes with the road — racing is a key innovation tool."

Ford is known to have been evaluating a race programme in the GTE division with the new carbon-chassis, twin-turbo V6-powered machine for more than a year together with the Multimatic organisation.

The group, which has undertaken a number of motorsport programmes with the Detroit manufacturer over the past 20 years has been participating in the rule-making process that should result in a new set of regulations for the GTE division in time for next season.

According to AUTOSPORT's sources, speculation that a race programme encompassing Le Mans and a full-season assault on the GT Le Mans class of the Tudor United SportsCar Championship in 2106 has already been signed off is wide of the mark. 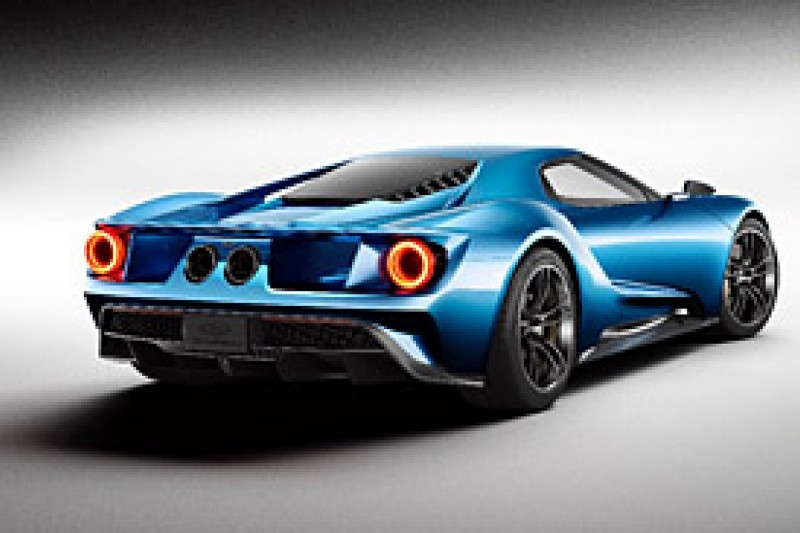 One reason could be that the final rules for next season have yet to be published, although the Automobile Club de l'Ouest, which jointly writes the regulations with the FIA, is insistent that they will be introduced on schedule ahead of next season.

GANASSI IN THE FRAME

Should the race project go ahead, it is understood that the cars would be run by Chip Ganassi Racing, which has strengthened its links with Ford for 2015 after switching to its Roush Yates EcoBoost twin-turbo 3.5-litre V6 for its Prototype campaign in the USC last year.

The programme would mark Ford's first overt factory campaign at Le Mans since the C100 Group C project of the early 1980s.

The first C100 made its debut at the end of 1981, before two of the second-generation cars raced in the 24 Hours in 1982, but the programme was canned before an all-new design could race in 1983.

The new Ford's predecessor, also known as the GT, raced at Le Mans in 2010 and '11: three examples of the GT1 car developed by the Swiss Matech organisation competed in 2010, while a solo example of the GT2/GTE car produced by Doran Enterpises took part in 2011.

The all-new Ford GT is built around a carbonfibre chassis, front and rear aluminium subframes and a version of the EcoBoost V6 producing more than 600bhp.

It will be built at a new technical centre in Charlotte, North Carolina, which was opened last May.