It was the sister ARTA-run Honda of Tomoki Nojiri and Takuya Izawa that led the session initially, with Nojiri lapping the short but twisty 2.3-mile circuit in 1m10.352s.

Daiki Sasaki, who shares the Impul Nissan with GT Academy graduate Jann Mardenborough, then moved on top of the timesheets, beating Nojiri's time by 0.066 seconds.

The 30-year-old also topped a dry-wet practice earlier this morning, while Button himself set the third fastest time in Q1 before handing over the car to his team-mate. 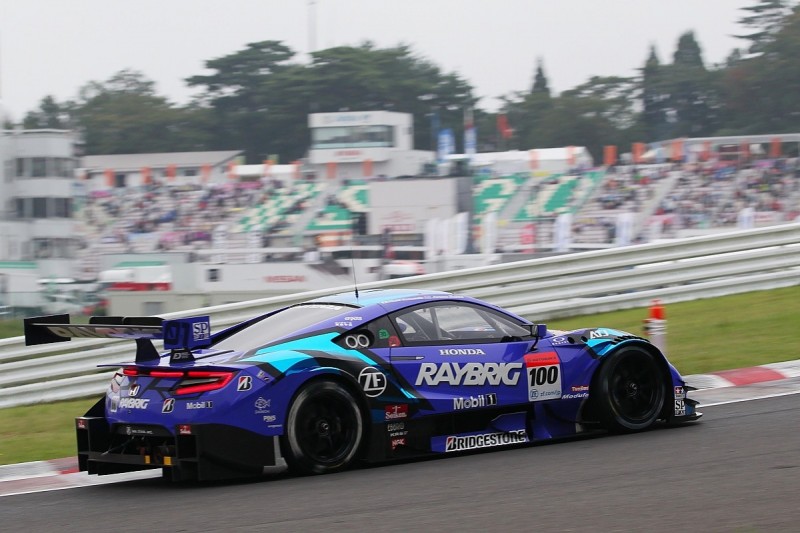 Sasaki and Mardenborough held on to a front-row spot with their previous best time, while Nojiri and Izawa stayed third after the chequered flag.

Behind, Koudai Tsukakoshi and Takashi Kogure qualified fourth in the Real Racing Honda, with Daisuke Nakajima and Hideki Mutoh ending up fifth fastest in the similar NSX-GT run by Mugen.

That made it four Honda cars inside the top five, despite a 10kg weight penalty handed in run-up to Sugo to ensure equivalency of performance between the mid-engined NSX-GT and its conventional front-engined rival cars from Nissan and Lexus.

Button and Yamamoto currently sit second in the standings, seven points adrift of championship leaders Nick Cassidy and Ryo Hirakawa - who qualified their TOM's Lexus ninth for the race.