The 2014 Formula Renault NEC title winner has been placed at McLaren by backer the Racing Steps Foundation for a programme that will start with next month's Bathurst 12 Hour and encompass the full Blancpain GT Series.

Barnicoat, 20, will drive a McLaren 650S GT3 for the Tekno Autosports team at Bathurst on February 5.

He will share the car with Tekno Australia Supercars driver Will Davison, winner of the Bathurst 1000 with the team last year, and British sportscar stalwart Jonny Kane.

McLaren GT team principal Andrew Kirkaldy told Autosport: "Ben will be doing a BGTS programme in both the Endurance and Sprint Cups, which will be announced at a later date.

"There are a lot of programmes to be defined and we aren't saying who's likely to be doing what until everything is sorted out." 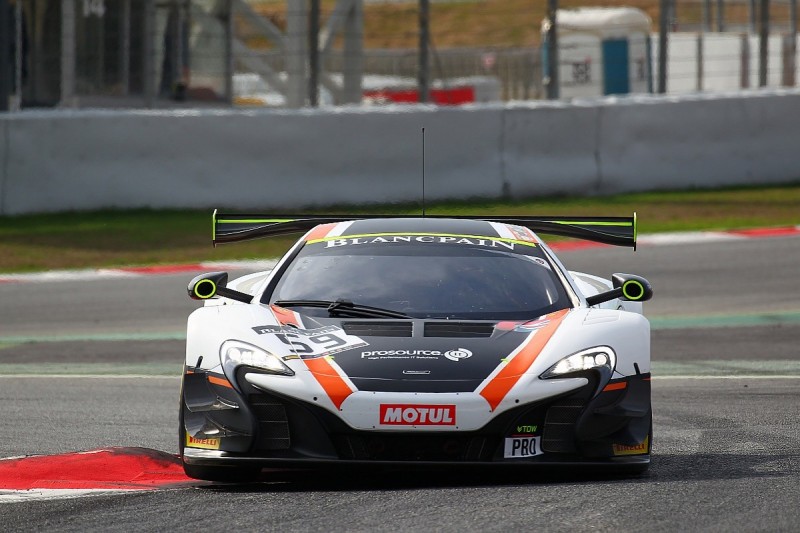 Barnicoat, who was a race winner in last year's Formula 3 European Championship, is switching to sportscars full time after making a one-off appearance with the WRT Audi squad in last year's BGTS finale at the Nurburgring.

Kane is making his debut in a McLaren in what could be a precursor to a factory deal for the season.

The Briton has raced for the past seven seasons with the Strakka prototype team, which will run multiple McLarens on a factory-supported basis in the BGTS this season.

Kirkaldy would only say that McLaren is "talking to Jonny" and that "we do have interest in him for the future".