Ex-Formula 1 driver Felipe Nasr will make his Spa 24 Hours debut next month as part of an all-factory driver line-up in a Porsche fielded by Australian entrant EMA Motorsport.

The former Sauber F1 racer will drive the EMA Porsche 911 GT3-R together with Matt Campbell and Mathieu Jaminet in the Belgian enduro on 30-31 July, which is a round of both the GT World Challenge Europe Endurance Cup and the Intercontinental GT Challenge.

The trio have already won the GT Daytona Pro class of the Daytona 24 Hours IMSA SportsCar Championship season-opener in January of this year with Pfaff Motorsport.

Nasr is undertaking the IMSA GTD Pro programme with Pfaff in the long-distance IMSA rounds after signing for Porsche last year.

He was named together with Dane Cameron as a development driver for Porsche’s LMDh prototype, which will begin racing in the World Endurance Championship and IMSA next season.

His GT outings come alongside testing duties with the LMDh and a partial LMP2 WEC campaign with Team Penske, which undertook the first three rounds of the series as a lead-in to its factory assault with Porsche on the Hypercar class next year.

Spa will be EMA’s first race back in the GTWCE after a one-off in 2020 with a McLaren 720S GT3 run under the EMA Group/59Racing banner.

It is planning further endurance outings after Spa this year as it builds up to an attack on the full 2023 IGTC.

Tandy and Vanthoor, who won Spa together with Rowe Racing in 2020, will team up in the event for a second year in a row, while Olsen completes the line-up in place of Maxime Martin. 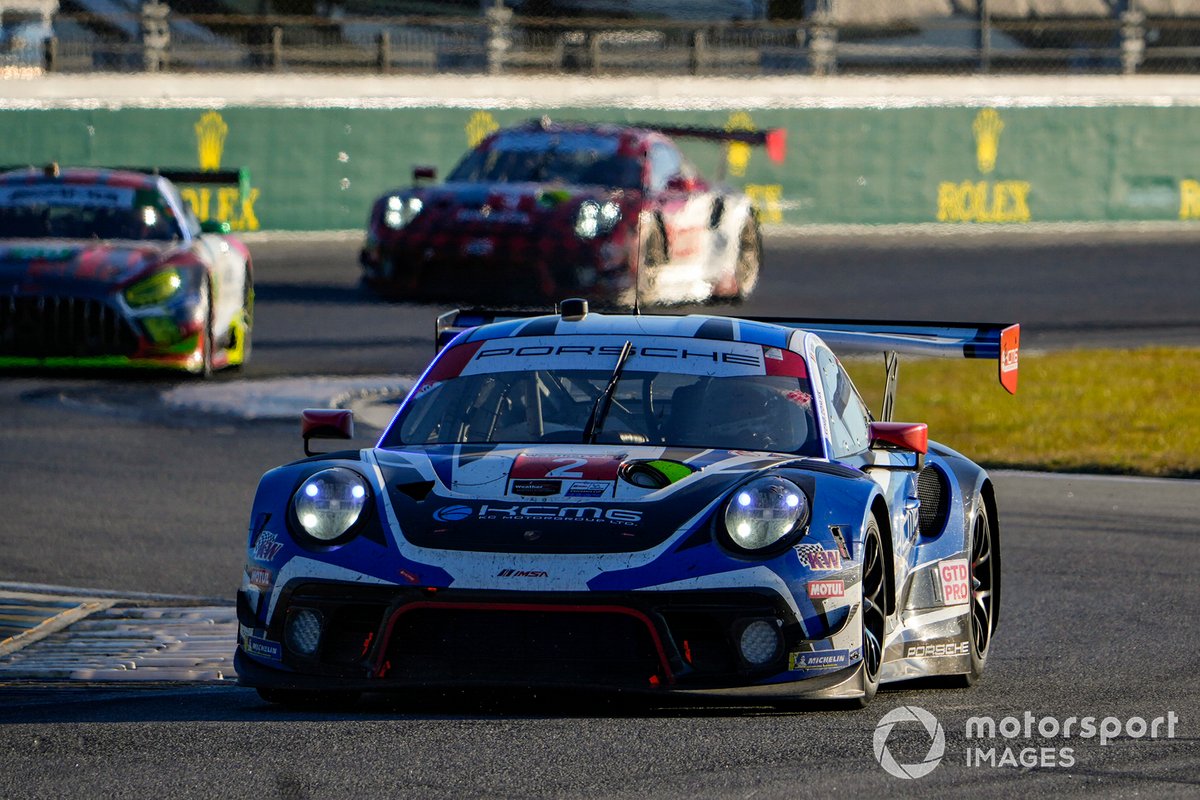 KCMG fielded a Porsche for Tandy, Olsen and Earl Bamber at last month’s Nurburgring 24 Hours, while Vanthoor was part of the squad’s line-up together with Olsen at Daytona in January.

Tandy said: “It’s really exciting to be already looking ahead to the next endurance classic, and to team up with KCMG after our taking on the N24 together last month.

“We worked well at the Nurburgring, so it feels right to continue with the team for the next big GT event.

“I’m very happy to be back in the car alongside Laurens, having won the Spa 24 Hours together two years ago, and with Dennis onboard also, we aren’t there just to make up the numbers!”

Vanthoor, a full Porsche factory driver, suggested that the team has “unfinished business” after it lost class victory on the final lap at Daytona to the Pfaff Porsche.

Olsen, who is also contracted to Porsche, added that “we have a good chance to score a big result for the team”.

The GPX Racing squad last week announced that Porsche works drivers Kevin Estre, Michael Christensen and Richard Lietz would attempt to emulate their 2019 victory at Spa with the team at this year’s race.

The United Arab Emirates entrant is taking part at Spa as part of an IGTC campaign in 2022.

The official test days for the Spa 24 Hour take place on Tuesday and Wednesday of this week.