Leading drivers Chaz Mostert and David Reynolds have labelled a foggy night time stint to start the Bathurst 12 Hour as "dangerous" and "ridiculous".

As predicted, it was a difficult start to the round-the-clock race with more than an hour of full pre-dawn running in foggy conditions.

However race control has mostly let the race run despite the obvious visibility challenges, the safety car only used to retrieve a crashed MARC car from the top of the Mountain.

That hasn't proved to be a universally popular decision with several lead drivers speaking out against race control for letting the race run in the fog.

Among them was poleman Mostert, who spent the entire first stint leading the way for in the #65 Melbourne Performance Centre Audi.

"I'm trying to mind my words - that's one of the most ridiculous things I've ever done in a car," he said.

"It's so dangerous out there, I feel so bad for the Ams getting into the car.

"You can't see apexes, you can't see walls, and it's worse when you're out front. I mean, you don't have a guy to follow.

"It changes from lap to lap, but Skyline for me is the most dangerous. Highest part of the track, you can write a car off and get seriously injured around there.

"It's bad. To be honest, we shouldn't have started I don't think." 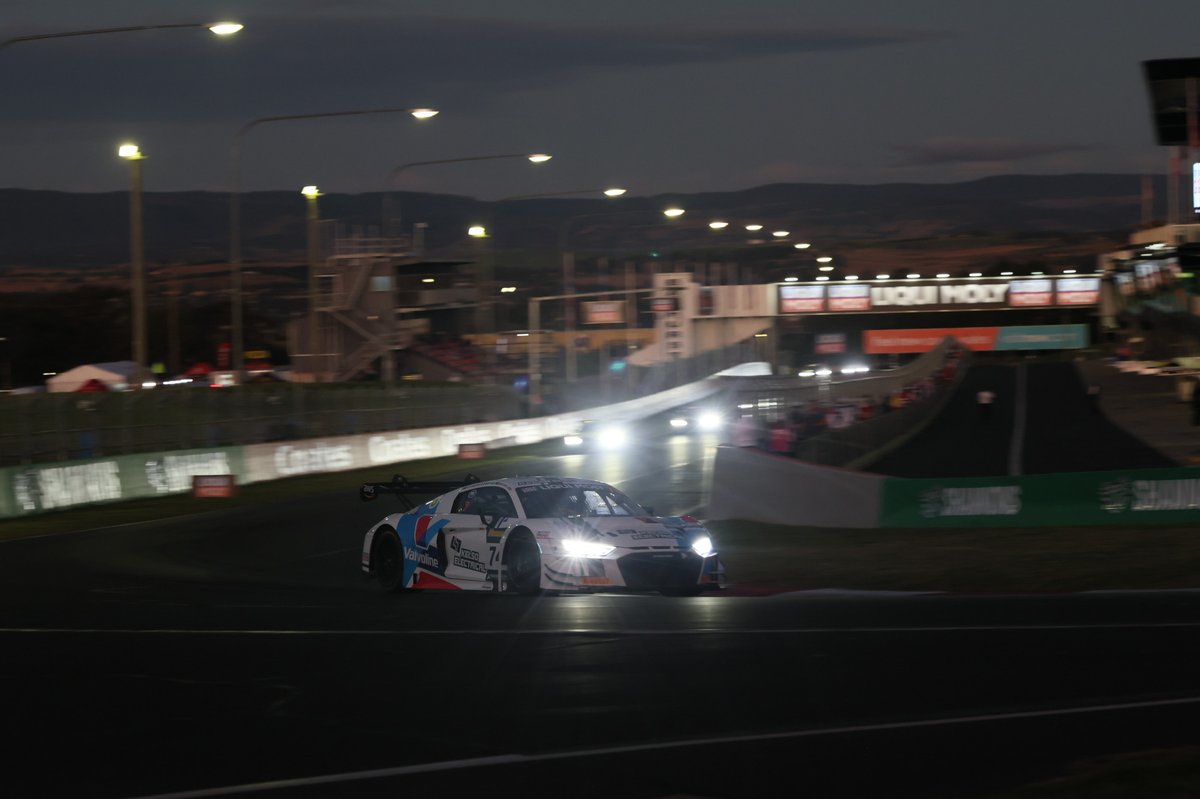 Drivers were given a chance to practice in the night earlier in the week, but in far better conditions

David Reynolds, who completed the first stint in the #24 MPC Audi, said the conditions were "shocking".

"I don't know what they are doing running [the race]," he said.

"It is shocking conditions. When fog is that thick, you can't see where you are going, it's so dangerous. It's really bad.

"Will Brown passed me; I was at the front of the queue and Will got in front of the queue, and didn't know where he was going so he dropped right to the back. He just throttled out down the straight, 'I'm out of this boys'. I don't blame him.

"At the start it wasn't too bad, but when it started to get really foggy, you're just limited by your vision. When you're going across the top at 200 kays and you can't see the next corner or the apex that you're turning into, it's game over."

"It's definitely tough out there, especially now with our Bronze drivers jumping in," he said. "It will be tricky for them, they need to survive.

"Me and Chaz were going at a considerable pace. Across the top it's difficult to follow, difficult to see. It's about survival at this point."

The #888 Triple Eight Mercedes currently leads the race after the first 75 minutes.