The former Lamborghini factory driver will join an all-Pro lineup as the German-based squad steps up from International GT Open with two McLaren 720S GT3s.

Lind will join team regular Christian Klien and 2015 Blancpain Sprint champion Vincent Abril, who took a best finish of fourth in the DTM this year.

Danish 28-year-old Lind was dropped by Lamborghini last season, and considered retiring from racing before being approached by Barwell Motorsport to partner Leo Machitski.

He was imperious on his way to the British GT title, claiming six fastest laps in nine races, his form resulting in selected European appearances in GTWCE and ADAC GT Masters with Audi teams WRT and Sainteloc Racing. This included an invitational outing in the latest evolution of the Audi R8 LMS GT3 that will make its full bow next year.

Abril announced his exit from the AMG-Mercedes factory roster earlier this week, after three years on the books that included finishing third in the Sprint Cup in 2019 with AKKA-ASP.

Ex-Red Bull and HRT Formula 1 driver Klien was instrumental in setting up the JP Motorsport team in 2020, after splitting with the Emil Frey Racing squad with which he won the 2018 Paul Ricard 1000km. 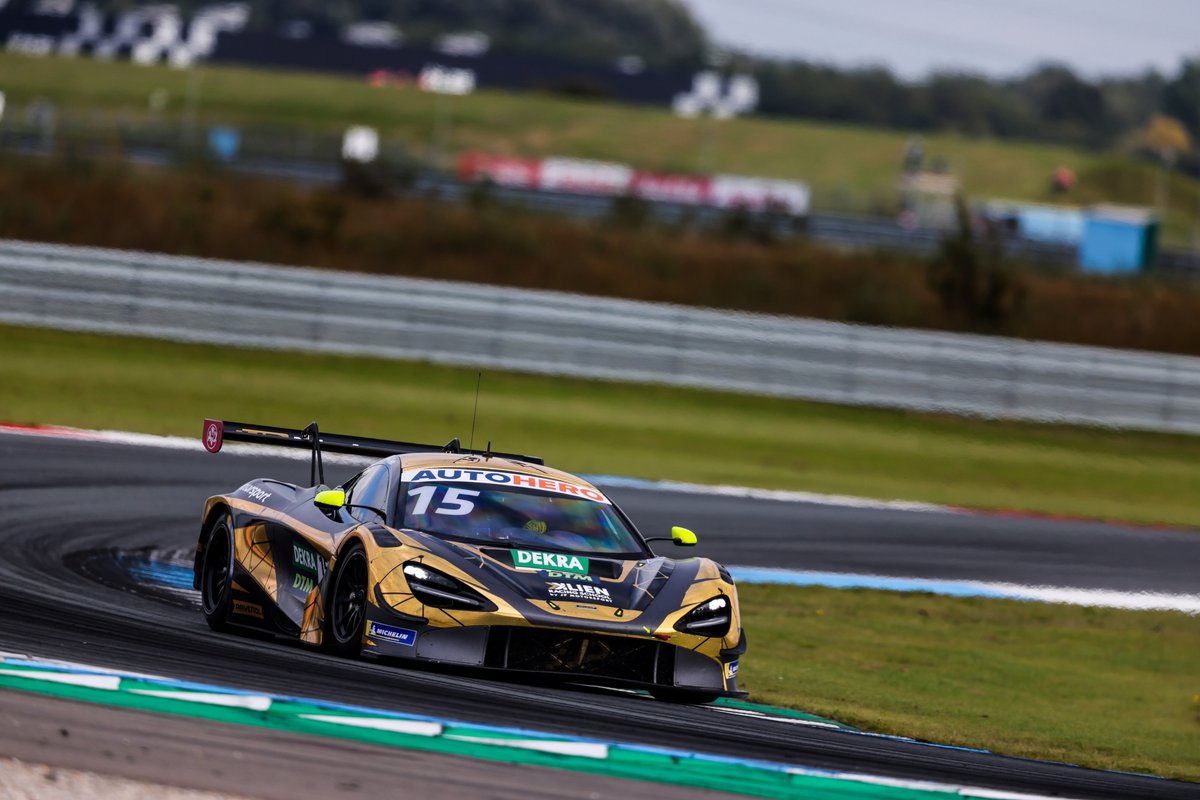 After initially running with a Mercedes in 2020, JP switched to McLaren for this season and became the first team to represent the marque in the DTM when Klien joined the championship for the Zolder, Nurburgring and Assen rounds. His best result was a fifth place in the first race at Assen.

Writing on social media, Klien lauded his team-mates’ “great experience and success in GT3 racing” and said they would “be a super strong addition” to the team.

Klien, who will race with Krupinski in the Sprint Cup, told Autosport that the team will not race in DTM next year and instead focus on its GTWCE programme as it looks to position itself as a leading customer racing outfit.

“We want to establish the team as a costumer racing team, that’s easier and better in GTWC,” said Klien.

“DTM only works with good sponsors, support from the manufacturer or drivers with big budget. And Patryk and I love the endurance races, it’s awesome racing with a packed field.”

Klien added that his F1 commitments with Austrian broadcaster Servus TV would make for too many DTM clashes.

The five-round GTWCE Endurance Cup season will get underway at Imola on 3 April, before visits to Paul Ricard for the 1000km, the Spa 24 Hours, then Hockenheim and Barcelona.

Rossi has potential to be frontrunner in sportscar racing says Vosse