Sheldon van der Linde believes BMW "had all the ingredients to win" the Spa 24 Hours on the venerable M6 GT3's swansong appearance before both Walkenhorst Motorsport entries retired.

The #34 machine that South African van der Linde shared with David Pittard and Marco Wittmann had run third in the early laps after a bullish start from Pittard, but dropped back down the order with a puncture.

However by nightfall the crew were back in contention for a podium, only for an engine failure to force Pittard out in the early hours.

The sister #35 car driven by Timo Glock, Martin Tomczyk and Thomas Neubauer was ruled out with suspension problems after a lengthy spell in the garage to repair damage incurred while 2011 DTM champion Tomczyk was at the wheel.

The double DNF means that the M6, which bows out after six years of service at the end of the season with the new M4 due next season, ends its career with two Spa wins - achieved in 2016 with Rowe Racing and 2018 with Walkenhorst.

"The fact that two unfortunate situations meant we didn’t finish with either car makes us very sad – particularly as it was the BMW M6 GT3’s farewell race here at Spa-Francorchamps," he said.

Van der Linde, who finished a close second alongside Wittmann, Tomczyk and Connor de Philippi in the Nurburgring 24 Hours earlier this year with the Rowe team, said the failure was made more galling because he believed the M6 had the pace to claw back into the lead fight with the race-winning Iron Lynx Ferrari. 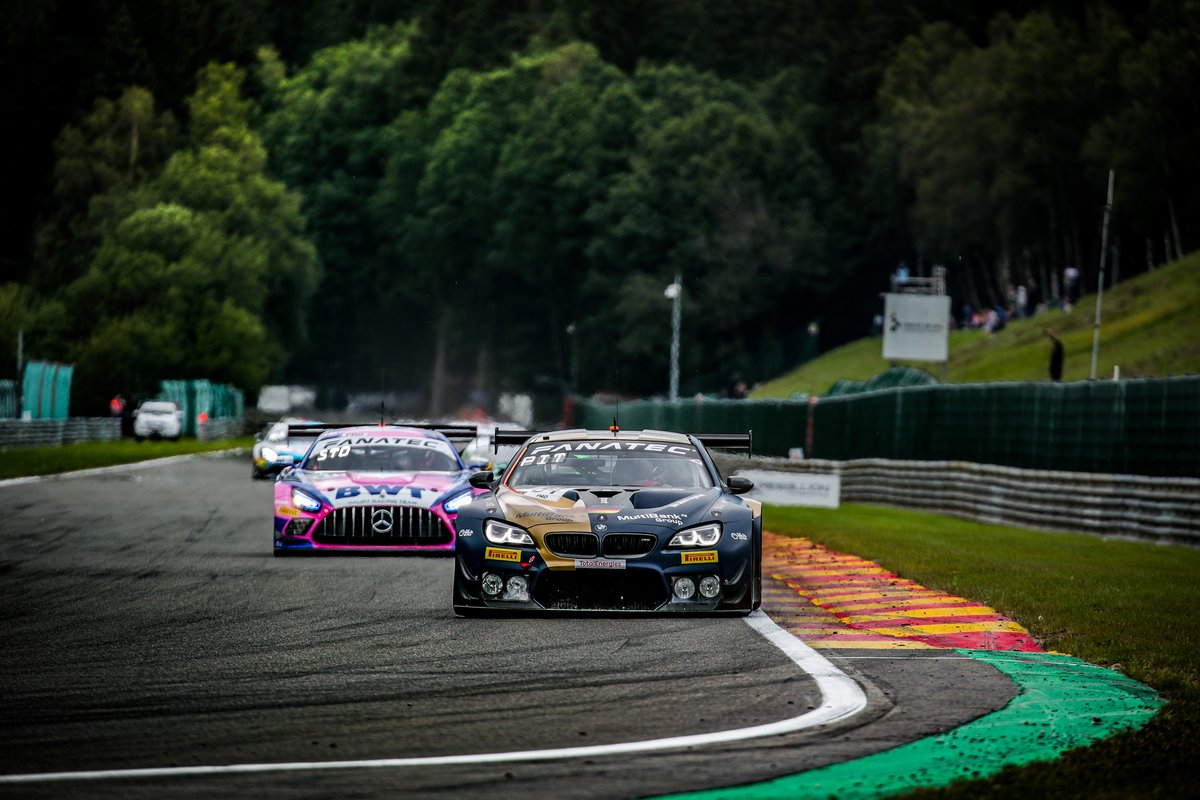 "It’s a very bitter pill to swallow after such a strong start to the weekend," said van der Linde, who had qualified fifth in the superpole.

"We were up there in every single session and I honestly think we had all the ingredients to win this race but unfortunately we had to retire the car early in the morning. It’s a big shame, especially as both cars were out.

"It hurts twice as much when you are in such a good position and know you have a strong package and all you need to do is to bring it home.

"But Spa is such a hard race to win, you need so much luck and you have so many different factors involved that all need to fall into place and unfortunately that wasn’t the case this year.”

Glock added that the #35 crew had enjoyed "a flawless race" until the contact, with "no track limit warnings".

"Before the accident we were at a very, very good level and were in a really good position for getting a strong result," he said.