Nissan took a frantic last-minute win in the Bathurst 12 Hour race, with Katsumasa Chiyo passing two cars within 30 seconds to seize the lead on the penultimate lap

He shared the winning GT-R NISMO with Wolfgang Reip and Florian Strauss, who only took the seat in the winning car last week after Alex Buncombe was forced to withdraw to attend the birth of his son, Austin.

In the final dash Chiyo shot past Laurens Vanthoor's Audi and then rounded up Matt Bell, who had doggedly fought off challengers in the M-Sport Bentley (pictured below).

The Newcastle driver looked to have held on to second, until Vanthoor and Stefan Mucke (Aston Martin) pushed him off the podium at the final corner.

Seven different makes of car filled the top seven positions in a race of attrition, with 20 safety car periods interrupting proceedings. That made this year's edition the shortest 12 Hour in terms of distance since the GT3 format was adopted in 2011.

The race looked to be coming down to a one-hour sprint, with several teams gambling on fuel range with 70 minutes of the race remaining.

Erebus Motorsport stopped its Mercedes-Benz early to let Jack LeBrocq run to the flag, followed shortly after by Phoenix Racing and Vanthoor. That tactic left Erebus fifth at the flag. 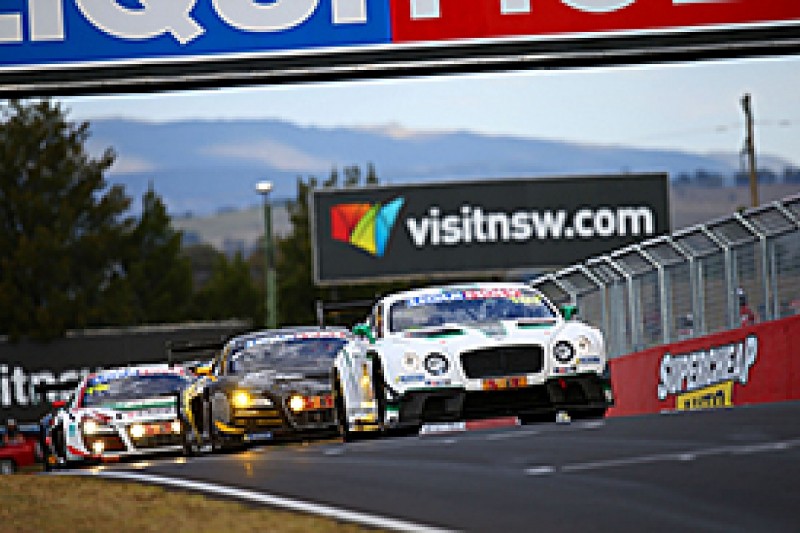 It was a case of what might have been for many teams, including Mucke's, which recovered from a spin by co-driver Alex MacDowall that cost 30 seconds and several places.

One of the more amazing results came from the local Vicious Rumour team. After starting 50th and last after missing qualifying, Benny Simonsen, Renato Loberto and former Formula 1 driver Andrea Montermini dragged their Ferrari 458 Italia all the way to sixth, on a day when the Prancing Horse promised much but failed to deliver as the race played out.

The best-placed lower-division entry was the Class I MARC Focus of Garry Jacobson, Ben Gersekowski and Adam Gowans, which was 15th outright.

Class B, for Porsche Cup cars, was won by brothers James and Theo Koundouris/Marcus Marshall/Sam Power.