The cooler autumn temperatures and ban on tyre warmers under the event's temporary Pro-Am rules meant drivers were able to constantly improve on a single tyre set during the two 15-minute qualifying sessions.

The organisers had originally planned to stage a top 10 shootout, before concerns over the operating window for the Pirelli tyres prompted a meeting in which the format was changed.

The two 15-minute sessions for the 10 fastest cars, were split between cars that finished in positions 6-10 during the combined Pro-Am qualifying session, with another for the fastest five.

The battle for pole was a thriller between two-time Bathurst 1000 winner Mostert and Audi GT ace van der Linde as they traded fastest times.

The South African DTM racer looked to have landed the hammer blow for the #74 MPC Audi with a 2m02.578s on his final run.

Mostert's response then didn't look good enough for the first two sectors, before an epic final sector saw him put the #65 MPC Audi on top by just eight one hundredths of a second.

"I had a red hot crack," said Mostert, who will share with Liam Talbot and Fraser Ross.

"I knew the other boys were pretty quick. [Van der Linde] is a bit of a South African pain in my bum, to be completely honest. 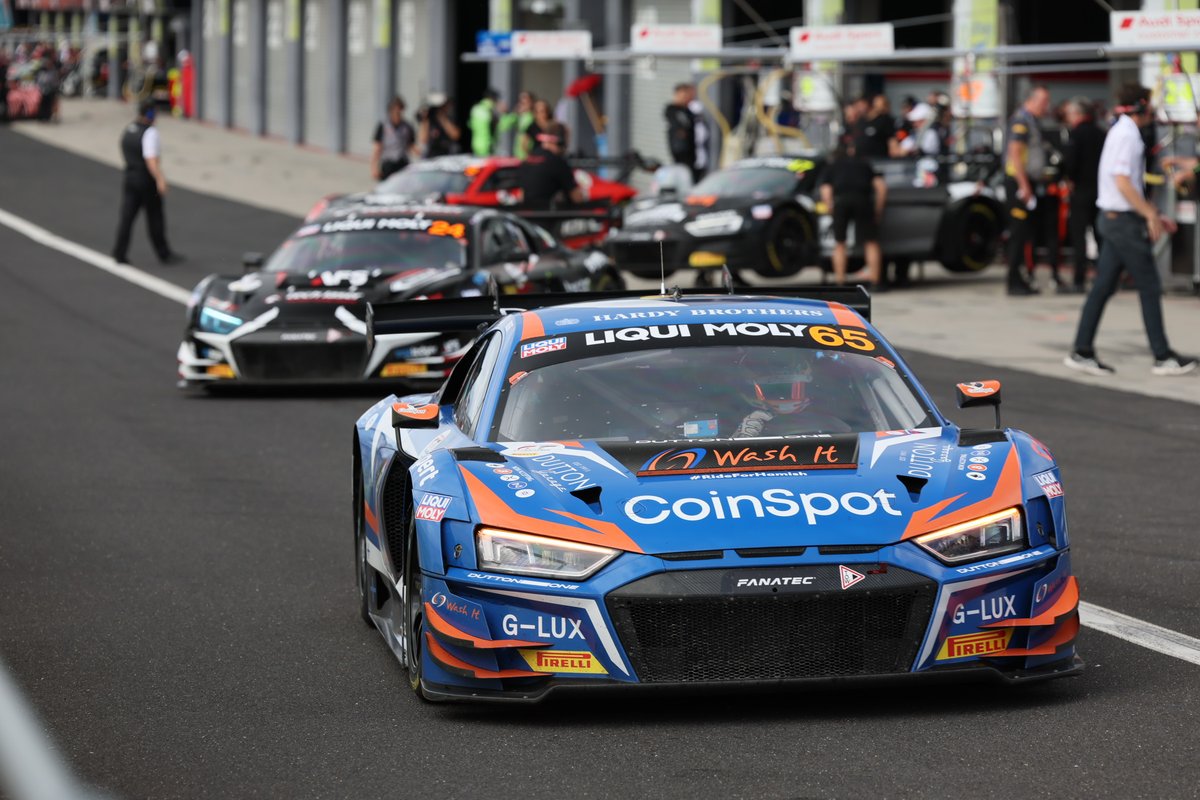 "It will be bit darker at the start so I'm looking forward to that, whoever starts. Hopefully I can have a sleep in!"

Jules Gounon was the best of the non-Audi drivers, winning out in a battle with Van der Linde's DTM team-mate Ricardo Feller to put the #75 SunEnergy1 Racing Mercedes third on the grid.

Shane van Gisbergen (#888 Triple Eight Mercedes) was the best of the five drivers that ran in the first leg of the shootout as he took fifth on the grid.

The Kiwi spent most of his session doing battle with Ben Barker (#4 Grove Racing Porsche), although Lee Holdsworth (#9 MPC Audi) snuck between them at the flag.

Duvashen Padayachee was the best of the all-Am entries as he put the #55 Valmont Racing Mercedes eighth on the grid ahead of Tony D'Alberto (#6 Wall Racing Lamborghini) and Brett Hobson (#45 RAM Motorsport Mercedes).

The Bathurst 12 Hour will kick off at 5:15am local time tomorrow.

You can watch the race live and free on Motorsport.tv (not available for viewers in Australia and New Zealand).