Two more drivers will be announced at a later date for the pair of Aston Martin V12 Vantages Swiss entrant R-Motorsport will field in the five-round Endurance Cup, which includes the Spa 24 Hours.

R-Motorsport team principal Florian Kamelger said: "Having two factory Aston Martin drivers in our squad further expands our excellent relationship with the brand, and of course, both drivers are at the absolute top of their game when it comes to GT racing.

"We think this acts as another statement of intent on our ambitions for 2018."

The BGTS drive gives Martin, who has left BMW to join Thiim in Aston's WEC squad for 2018, a chance to repeat his 2016 Spa 24 Hours victory.

"As a Belgian racer, any time you get to race at Spa is a brilliant experience, even more so at the 24 Hours where the competition is incredible," he said.

Thiim will race in the BGTS for the first time since 2015 when he finished third at Spa and also contested a Sprint Cup round at a time when he was dovetailing his Aston commitments with a place on Audi's GT3 roster.

The Dane described the drive with R-Motorsport as a "fantastic opportunity". 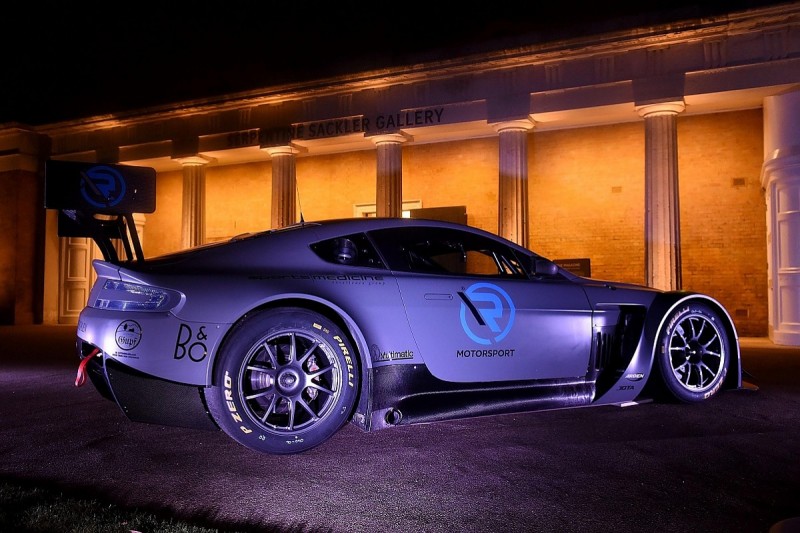 R-Motorsport, which has contested selected enduros with Aston machinery over the past three years, has joined forces with single-seater specialist Arden Motorsport and two-time Le Mans 24 Hours class winner Jota Sport to allow it to step up to a full pro-class campaign in the BGTS enduros.

The link was fostered through R-Motorsport's parent company, AF Racing, which played a role in the conception and funding of the Aston Martin Valkyrie hypercar designed by Red Bull Racing's Adrian Newey.

Arden, which was founded by Red Bull team boss Christian Horner and his father Garry, announced a partnership with Jota back in 2015 to open doors between the single-seater and sportscar ranks.

R-Motorsport's pair of Astons will be run from Jota's Kent base in 2018.