The twin-turbo V6-powered car that is set for a factory programme in North American sportscar racing in 2017 will be showcased at the event by test driver Peter Kox, a former class winner at the Le Mans 24 Hours.

Art St Cyr, boss of the Honda Performance Development organisation overseeing homologation and North American testing of the NSX, said: "Based on a very successful test programme, we're taking the next logical step in seeing how we stack-up against the competition.

"Mid-Ohio seemed like the perfect opportunity, given the demands it places on a racecar and its proximity to NSX R&D and manufacturing [in Marysville, Ohio]."

The car will be run by longtime Honda/Acura squad RealTime Racing, which is masterminding the US test programme.

A race debut of the car this season hasn't been ruled out.

Acura and HPD have yet to announce where the NSX will compete next season.

They are already represented in the PWC by RealTime with a pair of TLX GTs and are also known to have had discussions with the IMSA SportsCar Championship bosses about fielding the car in the GT Daytona class.

The car is scheduled to take part in the FIA homologation tests at the Ladoux proving ground in France in September, which will clear the way for it to compete in GT3 series around the world.

Acura has stated that it is committed to building customer cars for the 2018 season.

The NSX began testing in North America this month after undertaking initial development in Europe and in Japan.

The car has been jointly developed by the Italian JAS organisation, which has masterminded Honda's World Touring Car Championship programmes, and Honda R&D in Japan. 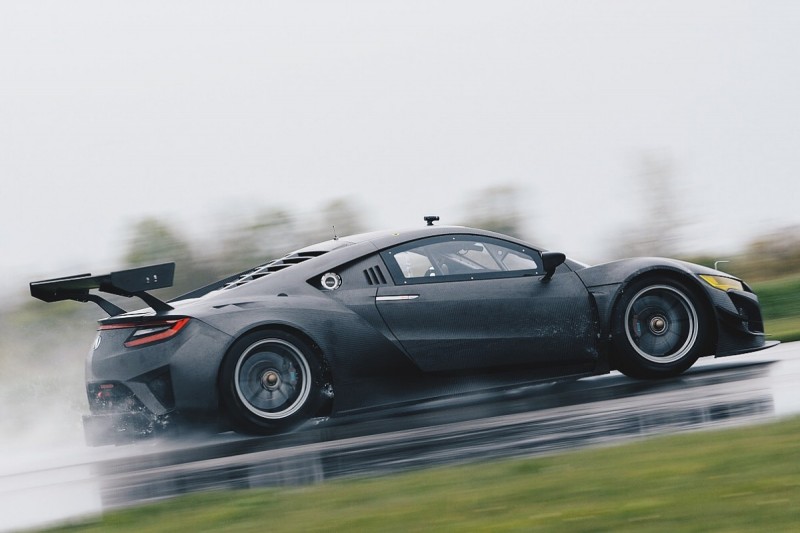