Honda will enter a factory car in the remaining races of this year's Intercontinental GT Challenge season.

The JAS Motorsport squad, which played a key role in development of the Japanese manufacturer's NSX GT3, will field a solo Evo version of the car in the remaining four IGTC events under the Honda Racing banner.

The announcement follows Honda's commitment to contest the IGTC ahead of last month's Bathurst 12 Hours series opener, even though it was not represented in the Australian event.

The JAS will be driven by Bertrand Baguette, Renger van der Zande and Mario Farnbacher in the California 8 Hours at Laguna Seca on March 30, with line-up revisions possible for subsequent events.

All three have already raced the NSX GT3. 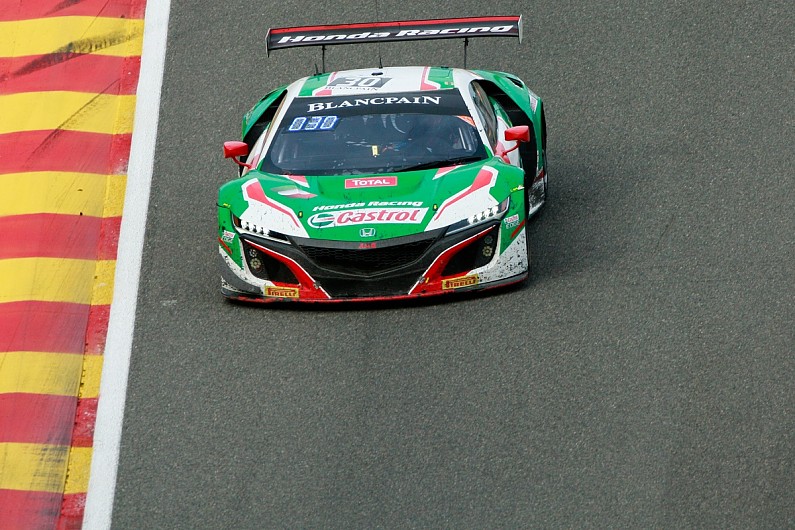 Baguette drove a JAS-run car at last year's Spa 24 Hours IGTC round, van der Zande raced for JAS at the 2017 GT World Cup in Macau and Farnbacher has driven the car with Acura badging in the IMSA SportsCar Championship since last season.

Masashi Yamamoto, general manager of Honda's motorsport division, said: "We are very pleased to confirm our presence in the IGTC this year, which underlines our growing commitment to GT3 racing and provides an opportunity to showcase the performance of the NSX GT3 Evo to several key new markets across the world."

Honda is one of eight GT3 manufacturers to sign up to score points in the IGTC, which this year includes the revived Kyalami 9 Hours fixture in South Africa.