The Nurburgring 24 Hours has been red flagged after adverse weather conditions took hold on the Nordschleife.

While the southern part of the circuit remained dry, torrential rain and hail began falling at the north end of the track near Arberg around 50 minutes into the race.

A number of cars lost control on the approach to the corner and aquaplaned into the gravel trap, with others tiptoeing past a car park of beached machinery.

The code 60 rule, enforced to limit cars to 60km/h in dangerous zones, was put in place at the corner shortly before weather conditions worsened, forcing the race to be brought to a halt at 4.20pm local time.

Hail further round the circuit also prevented cars from continuing, and as such the decision was taken to suspend the race just shy of the first hour mark.

Its resumption was initially scheduled for 6pm local time, but that was pushed back to 7.20pm, with a formation lap to begin at 7pm.

The polesitting #9 Black Falcon Mercedes AMG GT3 piloted by Maro Engel had been leading the race from the #18 Schubert Motorsport BMW M6 GT3, with both cars surviving a lap in the wet and returning to the pits after the red flag had been shown. 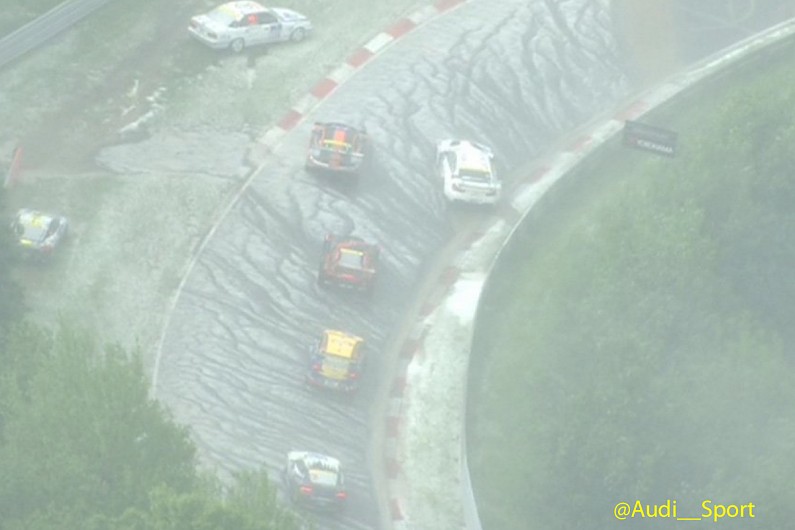