Two-time MotoGP world champion Jorge Lorenzo took a class win on his Ferrari GT debut in the Gulf 12 Hours, despite crashing out late on.

Lorenzo shunted the Kessel Racing Ferrari 458 Italia he was sharing with Liam Talbot, Marco Zanuttini and Jacques Duvyer 40 minutes from the finish of the race at Abu Dhabi Formula 1 Grand Prix venue Yas Marina on Saturday.

But the quartet already had a sufficient lead over the Villorba Corse Ferrari that formed their only opposition in the Gentlemen's class, and with the rules not requiring the car to take the flag, the win was still secured. 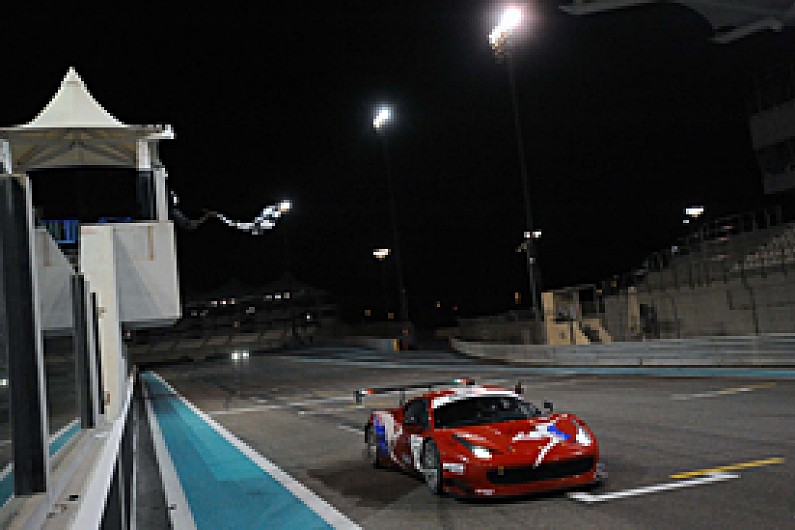 They had qualified the car 13th overall in the 23-car field for the two-part race, with Lorenzo's qualifying lap within 2.3 seconds of outright pacesetter Davide Rigon in the AF Corse Ferrari.

The late safety car prompted by Lorenzo's crash set up a grandstand finish in which the AF Ferrari narrowly hung on ahead of the 2013 event winning Black Falcon Mercedes of Bernd Schneider, Jeroen Bleekemolen and Khaled Al Qubaisi.

The factory McLaren of Alvaro Parente, Kevin Estre and Rob Bell was also closing during the final stages, with just 5.6s covering the three cars at the finish.