By late Sunday afternoon, over 700 racecars and more than 1000 drivers will have contested 21 races from 14 grids.

Many drivers from across modern racing will join the established historic aces at the event. 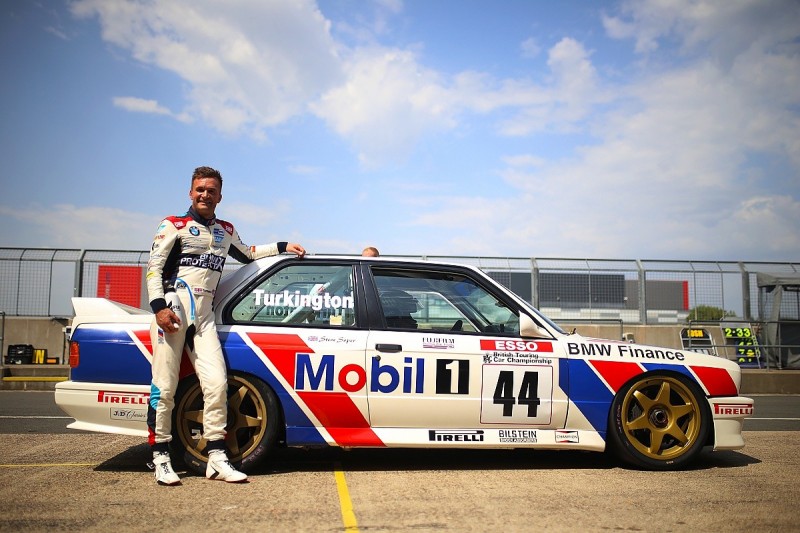 "I've never raced a 4WD before so it's another new challenge," said Morgan as they gave the car a shakedown test on Thursday.

Saturday's 12 races run from 9am through to just before 9pm. The day culminates with spectacular racing into the dusk from the Masters Endurance Legends prototypes and GT cars from up to 2012.

The weekend's biggest grid will be when 60 Pre '66 Minis tackle two races to mark the model's 60th birthday.

A record Historic Formula 2 grid of 54 cars will be another highlight, taking in the 1600cc and 2-litre F2 and 1600cc Formula Atlantic cars of the 1970s. Fresh to the grid will the ex-Bruno Giacomelli March 772, now in the hands of Frenchman Pascal Gerbout.

A strong grid of cars will contest two races for the Masters Endurance Legends, with an entry of at least 16 prototypes and 10 GT cars from as recent as 2012 and topped by a pair of Pescarolo LMP1s.

One of them, running a Judd engine, will be raced by Emmanuel Collard, the Le Mans Series champion with Pescarolo Sport in 2005 and '06.

Joining the Masters Endurance Legends for the weekend will be one of the stunning Porsche RS Spyder LMP2 cars from 2007. Rarely seen racing these days, this is the Jos Verstappen/Jeroen Bleekemolen/Peter van Merksteijn car that won the LMP2 class at Le Mans in 2008. French Porsche fan Francois Perrodo will race the car at Silverstone.

Seven Ford Sierra RS500 Cosworths are due to line up for the two-driver Historic Touring Car Challenge, which is probably the biggest entry of such cars since period. Series regulars Julian Thomas and Mark Wright will be joined by Michael Lyons (Eggenberger car), Cary McMahon (Longhurst car) and the examples of F2 racer David Tomlin, Craig Davies and Ian Goff.