The stars of the 2017 FIA Masters Historic racing season

Lyons won the Post-78 title in his RAM-Williams FW07, a car that started life as a Longhorn Indycar, while Max Smith-Hilliard claimed the Pre-78 crown having divided his season between his Shadow DN5 and Fittipaldi F5A.

But it nearly all went wrong in the closing stages and only the loan of a spare engine from Mike Wrigley allowed him to seal the title at Spa.

With no replacement engine available, Lyons had to miss the season finale at Estoril, but had done enough to claim the big prize.

"This was my first full year in a ground-effect car," said Lyons who had won the Pre-78 title in 2016 and also races modern GT cars.

"I've always been at the front in Historic F1 and it was good to be able to do enough races to go for the title."

It was a season that brought some challenges as, along with the engine failure at Spa, he was sidelined by a gearbox failure at the Nurburgring in August.

Smith-Hilliard belied his relatively short racing career so far to mount a fine campaign among the earlier cars and he took five class wins and two fastest laps to show ever-improving pace in his best season to date. His racing mentor Nick Padmore also raced Smith-Hilliard's cars and took six class wins in the Shadow. 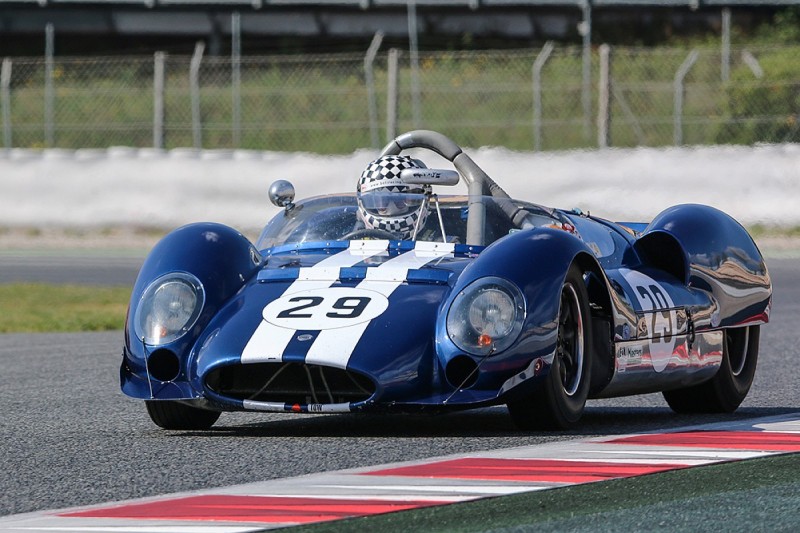 Championship runner-up Graham Wilson raced both a Chevron B8 and a Lola T70 Spyder on his way to second in the title race.

Finally, ebullient former single-seater team boss Jonathan Lewis won three races in the Masters Pre-66 Touring Car series in his Mini Cooper S, with Henry Mann the best of the rest in the Ford Mustang running in the red and gold colours made famous by his late father Alan.

"We have enjoyed a superb season of racing," said Rachel Bailey from Masters.

"We have witnessed busy grids, seen some new drivers throughout our races and the on-track action has wowed fans across Europe all season."