So far my season in the Porsche Supercup has gone according to plan, but opening with a podium at Imola shifted my expectations quite dramatically. Every race we’ve finished in the top five, which is quite a strong performance in Supercup. We find ourselves only 12 points adrift of the leader [Dylan Pereira] and we’re a championship contender, which is quite a cool thing to say. I’m really motivated for the final three races, which are all back to back.

I’ve scored two thirds and one second place. Getting on the podium at Silverstone was a really big highlight, also our qualifying performance in Monaco. We were P1 for the majority until Larry ten Voorde just pipped us. We would have started on the front row, but unfortunately we got a yellow-flag penalty, which put us fifth. That could have been a big highlight weekend, but we made the best of a difficult situation.

It was very special to get a podium at Silverstone right in front of the British Racing Drivers’ Club – as a BRDC SuperStar, it’s always nice to have that home support. Being an ambassador for the programme is a very important thing, it gives me a bit more confidence as everybody knows what it stands for. We get a lot of help and support from Andy Meyrick. He’s always there to give you advice and, as brutal as it may be sometimes, he’s always speaking the truth. And as a driver, sometimes you do need to hear that.

I’ve been very close many times to getting pole this season. I don’t want to be known as that guy who got so close but never did it. It’s a two-year agreement I have with BWT Lechner Racing, so there’s still lots of time to get those achievements. There’s a very fine margin between being a winner and making an error going for those last few points. We don’t have dropped rounds in this series, so one DNF can really hurt your chances. You’ve got to really weigh up the pros and cons.

Spending the year in just one type of machinery is certainly benefiting me. In Cup racing, it’s a bit of a black art, you need to make sure you’re on top of the car every time you go out. Last year, going from the type-991 in Carrera Cup GB to the 992 in Supercup was difficult. If we had two or three race weekends in a row, in the same car, we found our feet, but every time I began to get my head down and get some understanding, you’d suddenly switch into another car and start from zero again.

The circuits we race on in Europe are very different to the ones in the UK. Tracks like Oulton Park and Knockhill you drive solely through what you feel; you’re using different parts of the asphalt for extra grip with different bumps and cambers. The big grand prix circuits are very flat, there’s not much undulation and you have to really drive to the set-up of the car and to a proper technique, and this took a little bit of understanding for me. 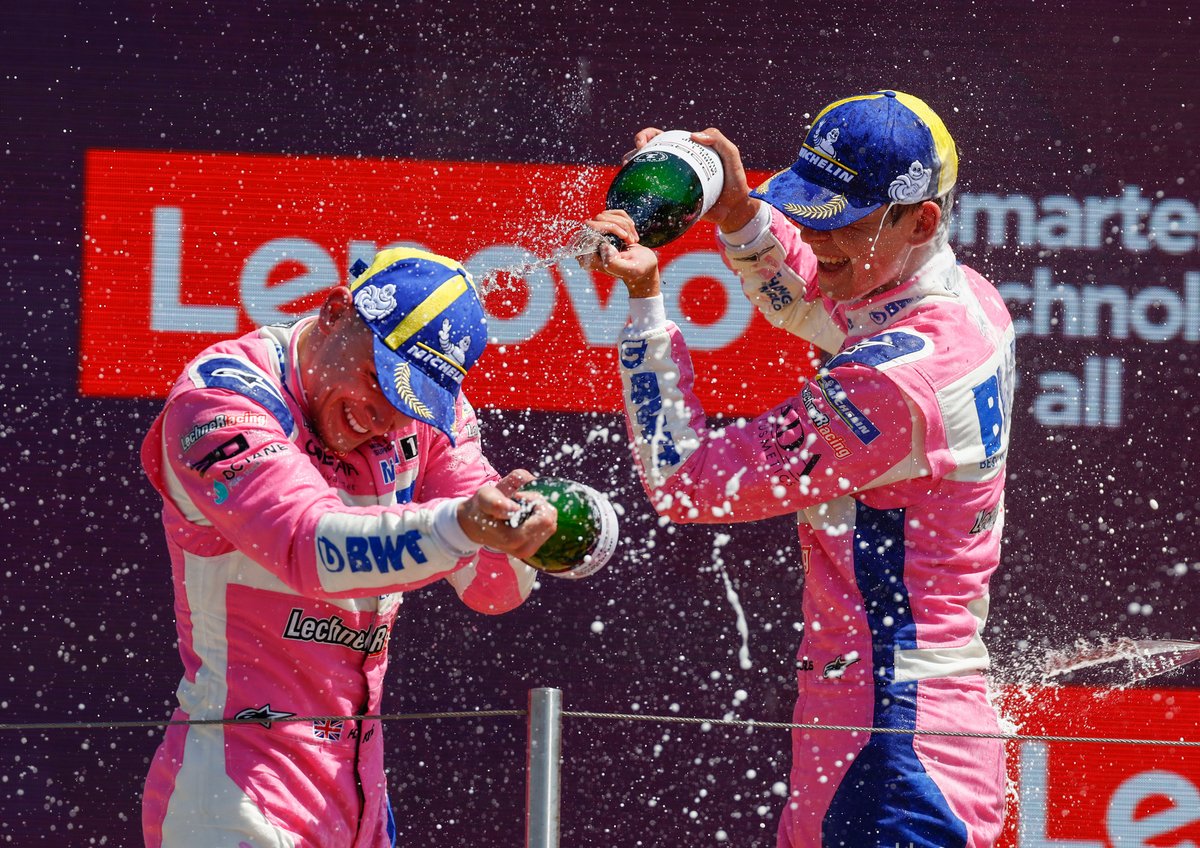 I put a lot of pressure on myself. I’m sometimes my biggest enemy when it comes to the stopwatch. Last year, going from dominating Porsche Carrera Cup GB to suddenly having a harder time transitioning between two cars certainly got me a bit frustrated.

I think I handled it relatively well. The 2021 season was definitely very positive for me to learn things about myself. I’ve had pretty smooth sailing in most of the championships I’ve competed in, so to have a time where the going got tough, it was quite nice to grit your teeth and really try and hustle and dig yourself out of it. We did towards the end of the year, and I certainly have a different vision that I carry into racing now because of it.

I’m fixated on the title because there’s no running from that, and I think the competition will get a bit fiercer, a bit more brutal as we get more into it

Doing the Porsche Carrera Cup Benelux is a good way to give myself more track time. We’ve had eight out of eight wins on the road, one where we had a small penalty with a safety car, but besides that it’s been faultless. It’s nice to have that little bit less pressure on some weekends so you can have the confidence to change the car and really explore, which you can then take into Supercup and have a bit more knowledge. We have most of the odds stacked against us as the next round clashes with Supercup at Spa this weekend, but it would be nice to repay the team with the championship.

The end of the Supercup season all happens very quickly. I’m aiming to start off strong and have good momentum because it moves so fast. I’m fixated on the title because there’s no running from that, and I think the competition will get a bit fiercer, a bit more brutal as we get more into it. It’ll be exciting to see where we all end up, but it’s important to know that I’ve got a two-year contract so I haven’t got to make it all happen this year. But it would be nice to end on a high. 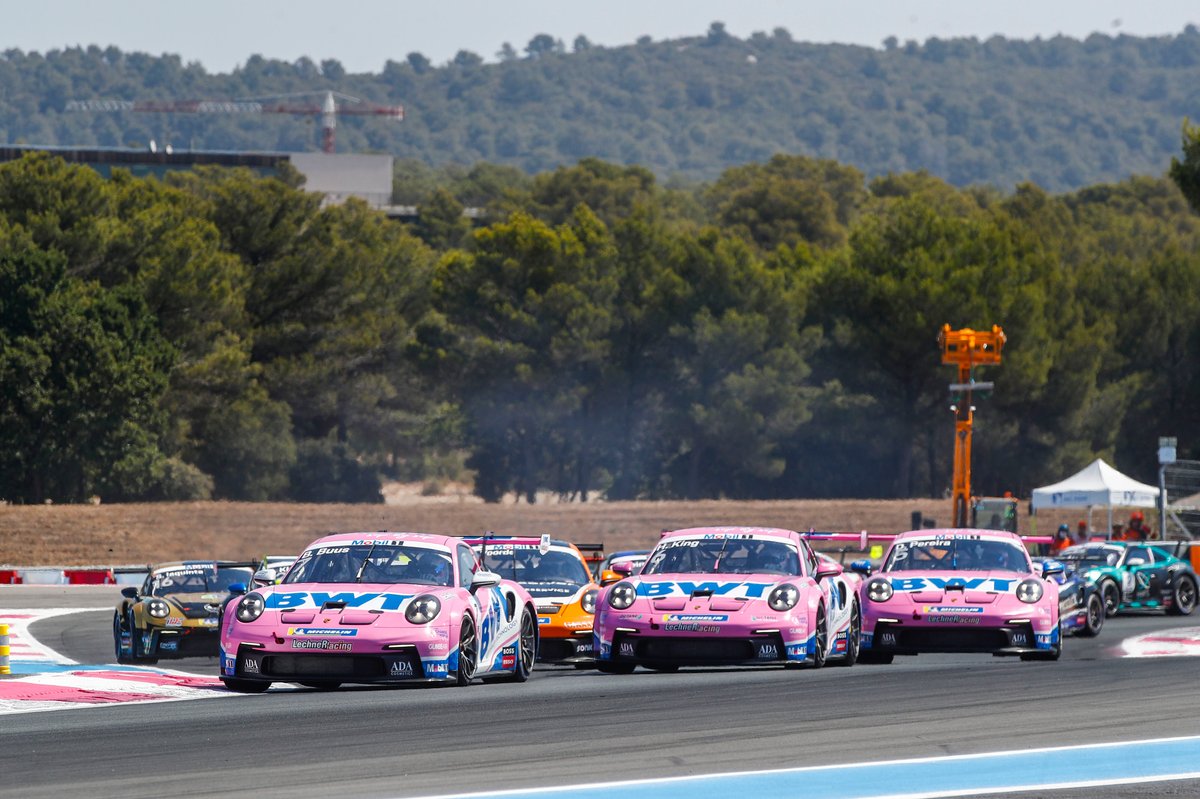 King says his season has gone "according to plan" so far