Lando Norris was caught up in a pit entry clash on his Supercars Eseries debut, as Shane van Gisbergen provisionally won a controversial pair of races 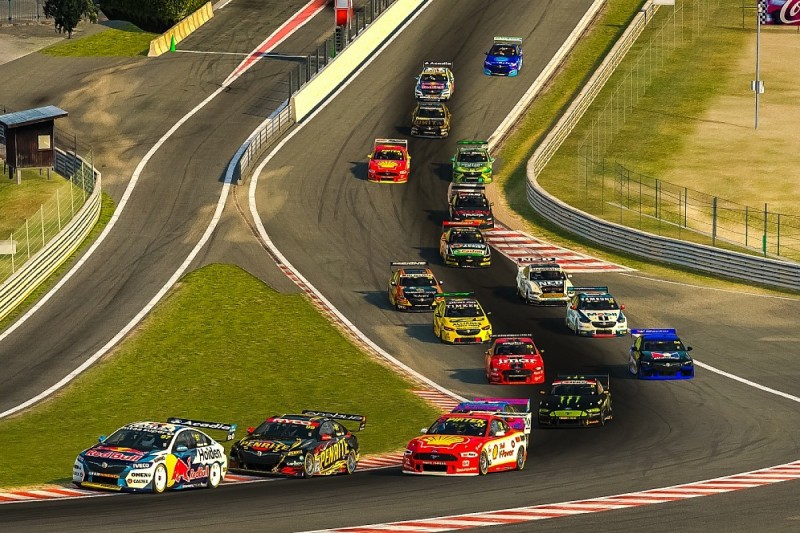 McLaren Formula 1 driver Norris was one of five wildcard starters in the Supercars Eseries field, running a third Walkinshaw Andretti United Holden, at the round held at Spa-Francorchamps.

While showing front-running pace, including a third in qualifying and a podium in the opening race, his results were hampered by a pit entry clash in the reversed-grid second race, before a first-lap off in the 14-lap finale.

Last weekend, Norris was involved in a controversial clash with Simon Pagenaud during a dramatic finish to the IndyCar iRacing Challenge finale.

While all three race results remain provisional, Norris ended his debut with a podium, a 19th place and a 10th place finish.

Van Gisbergen triumphed in the eight-lap opener after a dramatic fight with Anton De Pasquale.

The pair had staged a see-sawing battle, van Gisbergen leading the first stint before De Pasquale ran a lap longer.

That helped the Erebus driver emerge with the lead, but it was short-lived, van Gisbergen able to reclaim top spot into Les Combes on the same lap.

De Pasquale didn't let him go, however, the pair running nose-to-tail in the closing laps.

Their battle intensified at the Bus Stop on the final lap, De Pasquale drawing level with the Red Bull Holden on the exit.

Contact between the pair sent the Erebus Holden into the fence, van Gisbergen managing to keep going, but needing to hold off Cam Waters and Scott McLaughlin through La Source - being used as the last corner - to grab a controversial win.

He didn't escape the De Pasquale incident completely unscathed, though. Driving standards adviser Craig Bard slapped van Gisbergen with a post-race rear-of-grid penalty, which came into effect in the third and final race.

McLaughlin managed to pick up an in-game penalty as part of the La Source panel-rubbing, which dropped him from the podium to 15th, with Waters left in second ahead of Norris.

Broc Feeney then won a typically frantic reversed-grid race, the Super2 wildcard starting from pole thanks to internet problems in race one.

That track position proved key, he and Will Davison running nose-to-tail to take a Tickford 1-2, ahead of Garry Jacobson.

In the final race, van Gisbergen provisionally claimed victory once again ahead of de Pasquale with McLaughlin completing the podium.