BMW held discussions with its Japanese partner team to enter its Class One DTM car in Super GT this year, it has been revealed

The DTM and Super GT agreed to a common set of regulations two years ago, with the two championships adopting the ruleset in 2019 and '20, respectively.

One of the main aims behind the unification of the rules was to increase manufacturer participation, boosting the possibility of DTM marques competing in Super GT and vice versa.

BMW had previously stated that it had the "option" of entering its M4 DTMs in Super GT, but only if it were able to scale back its works DTM operation by the same number of cars.

It has now emerged that BMW did consider fielding an effort in GT500 by holding talks with long-time Japanese customer Team Studie about an entry in 2020.

However, those talks came to naught and Team Studie eventually decided to enter a BMW M6 GT3 in the GT300 class, where it had previously competed with the same car until 2017 before moving to the Blancpain GT Asia series for 2018 and '19.

"We were talking behind the scenes to join the GT500 category for Class One [cars]," Team Studie owner Yasuaki Suzuki told Autosport.

"However, around the summer of last year, BMW notified the team that they would not join GT500 in the 2020 season.

"When I was thinking about what to do from there, I heard a story about the current structure, so we decided to enter Super GT [GT300] with the M6 GT3 and Super Taikyu with M4 GT4." 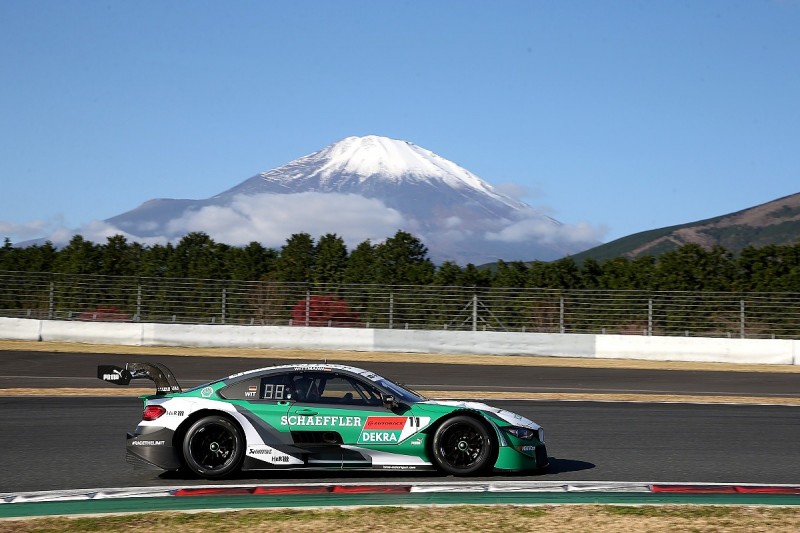 BMW could be left with seven examples of the M4 DTM in 2021 if ITR decides to scrap the Class One rules in the wake of Audi's withdrawal from the series.

But Suzuki believes it remains difficult to field a DTM car in Super GT because of the small differences that remain in the two versions of the Class One regulations.

"BMW in Japan wanted to do GT500, strangely," Suzuki said.

"I feel it's difficult - I feel like [BMW] can't go to GT500 unless there is complete alignment.

"There's also the part where I can't go ahead just because DTM marques are trying to enter Super GT.

"I think that we have to move forward in parallel with the fact that [the same] Super GT vehicles must also be in the DTM. It's a difficult situation to get the balance right.

Subscribe to Motorsport.tv for just £3.99 a month to watch Super GT highlights, as well as a plethora of other motorsport videos