Super Formula evaluates 2019 introduction of the halo in Fuji test

The halo has been tested on a Super Formula car for the first time at Fuji this week, as it evaluates the cockpit protection device for a potential 2019 debut

The device was fitted on Honda and Toyota's prototype SF19 cars for 30 minutes each, with further running scheduled on the second day of the Fuji test on Wednesday.

Super Formula champions Naoki Yamamoto and Yuji Kunimoto, who were on duty for Honda and Toyota respectively, conducted several visibility tests during their runs.

Marshals waved red flags at every post of the 4.5-kilometre (2.8 miles) circuit, with drivers having to confirm whether they were visible or not. 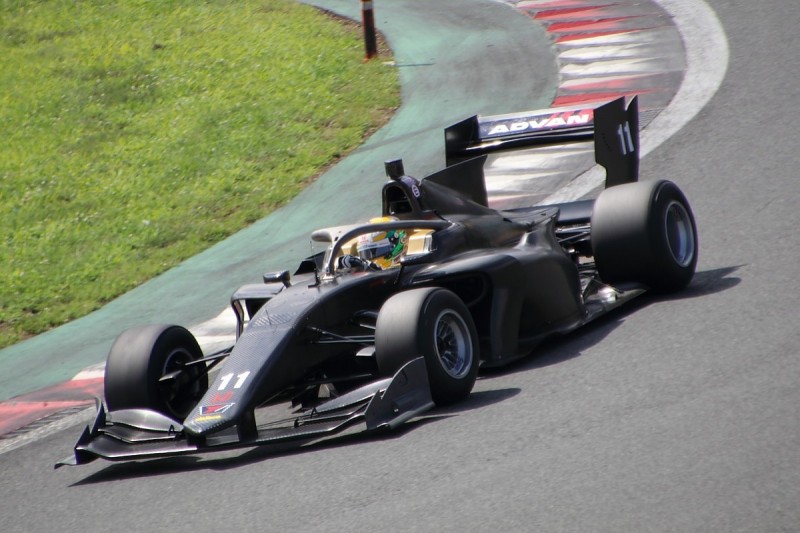 The halo was not originally planned for Super Formula's next-generation car, which is due for introduction next year, with chassis manufacturer Dallara having taken other measures to ensure the car conforms with the FIA's safety standards.

The SF19's design has always allowed the option of incorporating the halo as an add-on, and a final decision regarding its introduction will be taken based on opinion of the drivers.

Tuesday's Super Formula test also marked the first time Toyota ran its engine in the SF19 car, having skipped the first test at the same venue earlier this month.

The story behind F1's invisible advantage