Young entered the final contest one point adrift of his rival Max Coates, the two having been inseparable all season.

But Coates only started 10th, following a rain-affected qualifying session, while Young lined up third.

Coates climbed to fifth on the first tour, before two lengthy safety car periods in the tricky conditions limited his progress and left a four-lap dash to the flag.

He made it up to second with a series of bold overtakes, but Young was imperious up front after passing James Colburn for the lead at Surtees on the first lap after the safety car period ended.

That was enough for Young, who only turned 18 on Friday, to seal the title by five points.

"We won the championship and we won the final race, it's unbelievable," said Young.

"I nearly went off about 20 times but I managed to keep my head calm.

"It's great momentum going into next year, but I have no clue what I'll be doing."

A disappointed Coates, who has been a Clio frontrunner for the past four seasons, added: "Starting from 10th, it was never going to be easy.

"Everything that could've fallen into Jack's hands did in that race [with the long safety cars]."

Coates and Young had been the class of the field all season, and between them have won 14 of the 18 races this year.

Each had bad races in the early part of the season with Coates retiring at Donington Park after damage caused by a stone being flicked up and Young crashing out on the opening lap at Oulton Park.

Their rivalry really ignited at Snetterton at the start of August in two closely-fought races before boiling over at the second Thruxton round - where Young pitched Coates off at the chicane on the final tour. 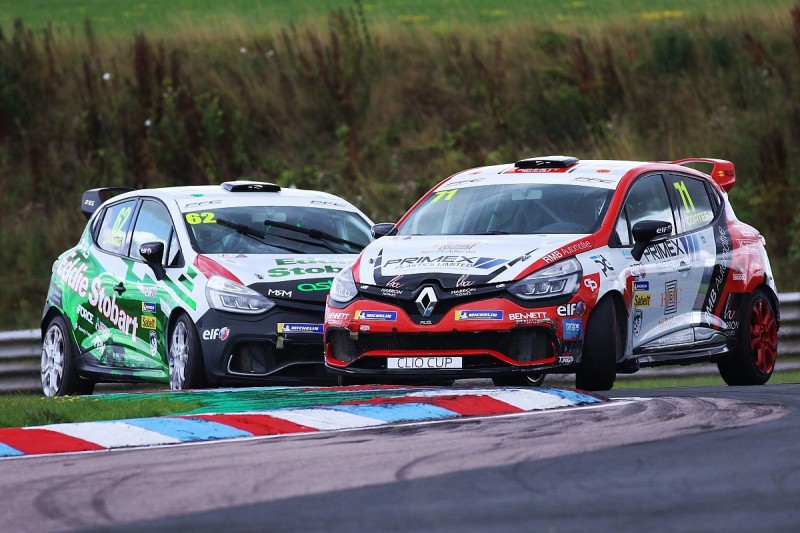 Coates maintained a slender lead at this point but it was a hit from former team-mate Jade Edwards at Silverstone that left him 15 points behind heading to Brands.

He closed that gap down when Young was given a 30-second penalty in the opening Kent contest for overlapping another car on a safety car restart.

This is the final season of the Clio Cup being supported by Renault UK.

Next season it will move away from the British Touring Car Championship package and join the British GT bill, receiving support from Renault Sport Racing.

The new fifth-generation Clio will also be introduced.

Why Supercars aces are as good as F1 juniors