Alice Powell believes that her chances of winning the inaugural W Series title are now slim, after crashing out on the first lap of the third round at Misano 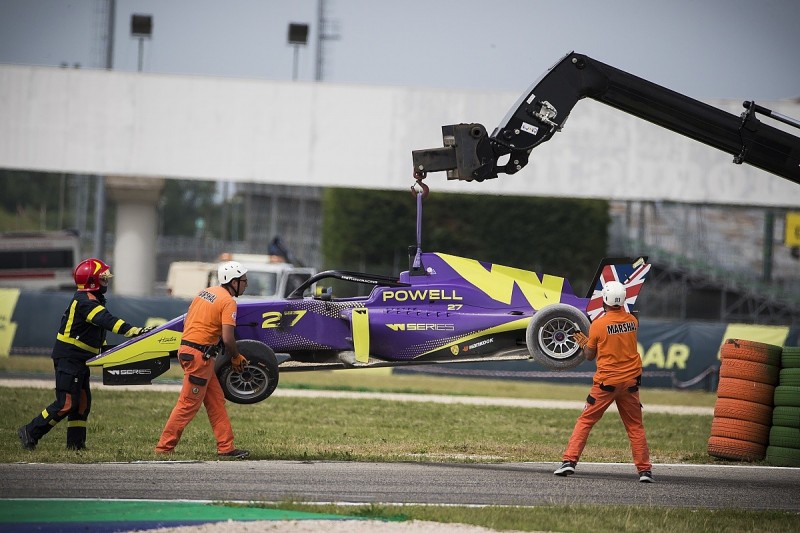