Hickman picked up where he left off in Wednesday's SBK session, moving into the top spot early in the 45-minute outing with a 3m20.359s lap to go 2.4s clear of the field.

Remaining out for a stint of eight laps - two more than the SBK race distance - the Smiths BMW rider continued to improve his benchmark while edging closer to the outright Dundrod lap record.

On his seventh lap, he fired in a blistering 3m17.408s at 134.969mph to set an unofficial Ulster GP lap record, while increasing his advantage over Silicone Engineering's Dean Harrison to 2.4s.

Harrison threatened Hickman's pacesetting lap on a few occasions, but kept losing time in the final sector and was resigned to second ahead of Padgetts Racing's Conor Cummins. 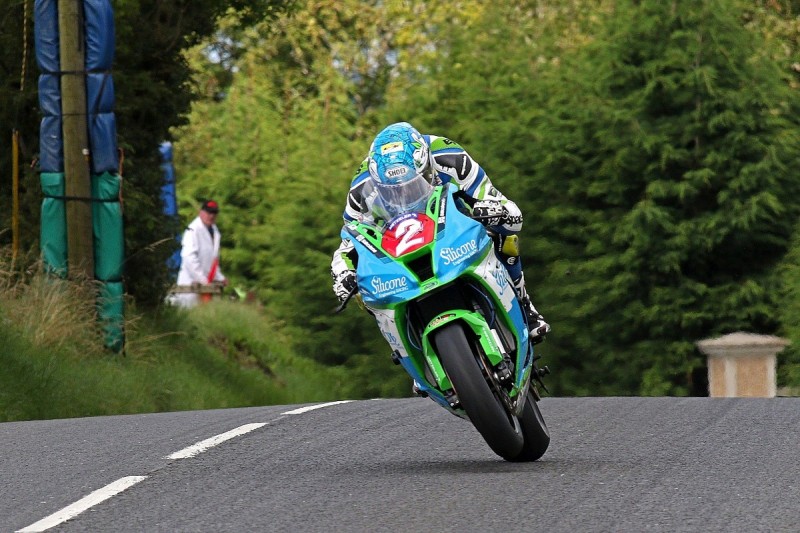 Six-time Ulster GP winner Hickman's stranglehold on the timesheets in the big bike classes began earlier in the day in the STK class.

Spending some time in the pits at the start of the session following his outlap, Hickman guided his S1000RR to the top of the times with a 3m23m589s lap 23 minutes in to the session, deposing Harrison.

A red flag for a crash at Dawson's bend brought out the red flag moments later. Alan Connor was involved and transferred to a hospital in Belfast but it has been confirmed that he has suffered minor injuries.

Davey Todd (Penz13) - who was 14th in SBK after a late problem - was fifth in the STK session ahead of Devitt Racing's Paul Jordan.

Michael Dunlop's Ulster GP return continued to prove difficult, as he only managed three laps in the STK session and was just 29th when the red flag brought it to an early end.

In the SBK session, the Tyco BMW rider was ninth-quickest, but some 8.8s off the pace. He was pipped to eighth by Coward, who edged ahead by 0.22s.

Hickman then carried on his Ulster GP qualifying domination with pole in the Supersport session, although he stopped late on at Dear's Leap with a technical problem.

The Smiths rider topped the outing aboard his 675cc Triumph with a best lap of 3m27.329s, with Isle of Man TT and North West 200 SSP race winner Johnston just 0.698s adrift.

Harrison completed the top three, 3.3s off the pace, while Todd bested Padgetts team-mate Cummins to secure the last spot on the front row in fourth.

Dunlop was a non-starter in the session as he has decided to focus on the big bike classes for the rest of the event.