Eggenberger Motorsport BMWs, Volvos and Fords notched up more than 30 victories in what was then known simply as the ETC - no team owner scored more overall victories in that time - and there were five more in the single edition of the World Touring Car Championship spawned by the European series for 1987.

The successes were born of an attention to detail from a boss who was always referred to as "chef" or chief by his mechanics. Eggenberger, pictured above (far right) with drivers Steve Soper and Klaus Ludwig in 1988, was a hands-on team owner who had an involvement in every aspect of car development.

"Rudi was an all-rounder," recalls Steve Soper, who drove Eggenberger Fords from 1986 to 1988. "He machined the parts, bolted the engines together and then ran them on the dyno. He could do everything; he really understood how to make a racing car work.

"You'd put one of his cars on the track, and it would be right straight out of the box. After that, it was just a question of fine-tuning.

"I'd go as far to say that he was a genius as far as building cars went. Nothing ever seemed to go wrong with them."

Charly Lamm, then and now team manager at the Schnitzer BMW squad, says that his perpetual memory of Eggenberger is of an overall-clad engineer working deep inside one of his cars.

"He always knew his cars inside out — he was the driving force behind all technical aspects of them," recalls the German. "He was very precise and always on the top of his game."

Yet Eggenberger was no backstreet garagiste, despite outward appearances. 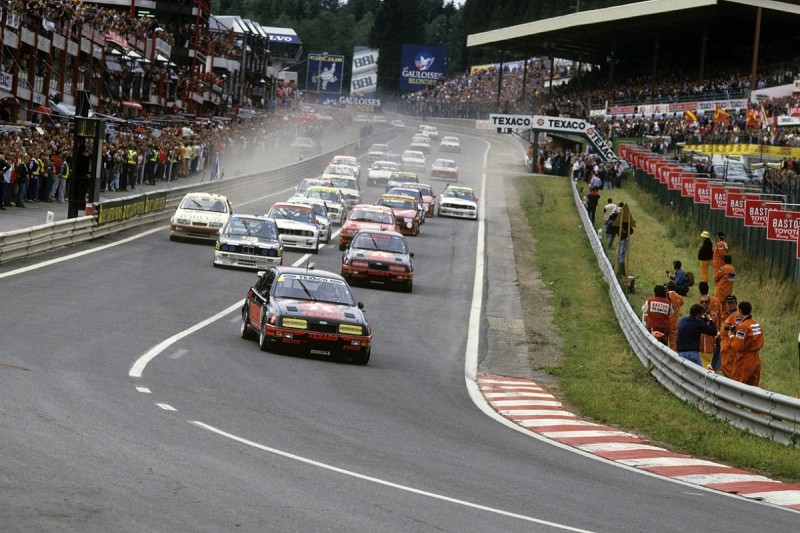 Soper recalls a spotless workshop in Lyss, Swizerland, but Eggenberger wasn't always straightforward to work for.

"When the dog went outside in the snow, someone had to wipe its paws when it came back inside," he says.

"When we came over for some British Touring Car Championship races in 1988, I remember having a brush with Andy Rouse.

"There was a big mark, but I polished it out in parc ferme. It was just going to make my life easier."

Eggenberger could also be dogmatic to his own cost.

When the team scored what for many is its most famous 'victory', at the 1987 Bathurst 1000, he steadfastly refused to modify the rear wheelarches that the Australian scrutineers had told him were illegal.

The winning RS500 shared by Soper and Pierre Dieudonne was subsequently disqualified.

"He told the scrutineers that they had been passed by the FIA at every previous race that year and that was how he was going to race them at Bathurst," explains Soper. "He wouldn't alter them even though Ford told him he should."

Eggenberger was a driver of not immodest ability, but he decided that his real talents lay in car preparation and team management. His organisation developed a Group 2-spec BMW 320 for the ETC in the late 1970s and claimed the overall title in 1980 with Helmut Kelleners and Sigi Muller Jr with the two-litre class car.

The team subsequently moved up to the top division and won the title again with a 635CSi BMW driven by Umberto Grano and Helmut Kelleners. Eggenberger helped BMW develop the 528i for the first year of the new Group A rules in 1982, the same driver pairing making it a hat-trick of titles for the Swiss team. 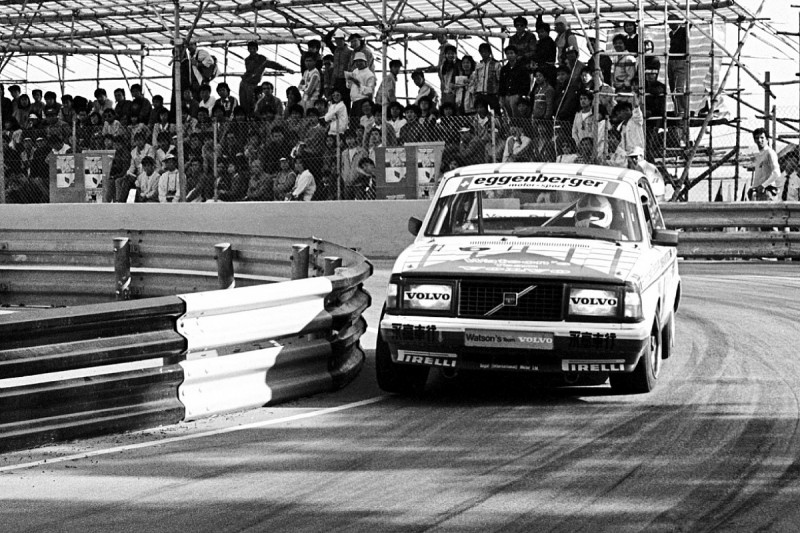 Eggenberger was poached by Volvo to take over its tin-top programme with the 240 Turbo in 1985. The team turned an unlikely contender into a winner, Gianfranco Brancatelli and Thomas Lindstrom taking the title.

That success attracted the attention of Ford of Germany, which recruited the Swiss team for 1986 in advance of the arrival of the Sierra RS and RS500 Cosworths in 1987. Eggenberger drivers Klaus Niedzwiedz and Klaus Ludwig ended up second, just a point behind championship winner Roberto Ravaglia, their Bathurst disqualification proving costly.

Eggenberger finally notched up a victory in the Spa 24 Hours in 1989, after the demise of the ETC, and also finished runner-up in the DTM that season with Niedzwiedz.

In the 1990s, the team ran a one-year DTM programme for Opel with the Omega in 1991, briefly dabbled in single-seater racing, and then returned to the Ford ranks in the German STW Super Touring series in 1994 and '95.

That was the last major race programme for Eggenberger, before its founder focussed on the restoration of racing and classic cars. It subsequently became known as Egmo and was sold in 2008.

The secrets of being a rally co-driver

Tommi Makinen: How sustaining success can take its toll