The Nissan protege competed in F3 in 2016 with B-Max Racing Team, which usually runs Nissan-supported drivers in the category, and now the squad is stepping up to Super Formula for the first time.

Nissan does not supply a Super Formula engine, and B-Max looks set to use Honda power instead.

Mardenborough did not participate in Thursday's test at Suzuka, B-Max instead ran long-time Honda driver Takashi Kogure in the morning, and Nissan Super GT ace Daiki Sasaki in the afternoon.

Sasaki partnered Mardenborough in a part-time F3 programme this season.

"I want to do it, but NISMO [Nissan's motorsport division] have the final call," Mardenborough told Autosport.

"I drove a Super Formula car two years ago in the wet and I loved it - it's like a Formula V8 3.5 car on steroids!

"It's got more downforce, so much grip - it's such a cool car to drive.

"It's a proper championship, proper tyres, and proper drivers." 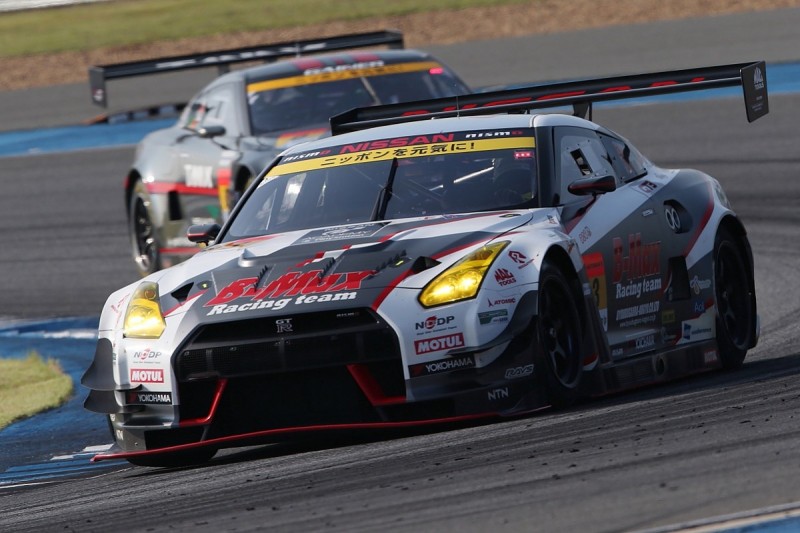 Mardenborough is also hoping to graduate to the top tier of Japan's Super GT Championship with Nissan.

The 25-year-old finished fourth in the GT300 class this season, sharing a GT3-spec GT-R with Kazuki Hoshino.

Dandelion Racing's Tomoki Nojiri - team-mate to McLaren Formula 1 recruit Stoffel Vandoorne in 2016 - topped the times on Thursday at Suzuka with a late effort.

Nick Cassidy was the top rookie, taking 12th place with the Toyota-powered Kondo Racing after finishing as second fastest in the damp morning session.

Other newcomers included Toyota-backed Japanese F3 champion and Macau Grand Prix star Kenta Yamashita, who was 14th in the other Kondo car, and Honda-supported Tadasuke Makino, who was 17th in the Honda test machine.