The son of Formula 1 design legend Adrian will race an ORECA-Nissan 05 LMP2 for the Jota-run team in the four-race 2017/18 sportscar series, starting this weekend at Zhuhai in China.

Newey, 19, is stepping up from a second season in the European Formula 3 Championship to share one of two Chan/DC P2 entries with Stephane Richelmi and Thomas Laurent.

Monegasque Richelmi is returning to the prototype ranks for the first time since winning the 2016 LMP2 World Endurance Championship with Signatech Alpine, while Frenchman Laurent is adding the Asian programme to his WEC assault with Chan/DC.

Jota sporting director Sam Hignett said: "We are excited to be running Harrison in the ALMS.

"We have a proud history of helping single-seater drivers make the transition into sportscar racing, and after his successful season in F3, we have no doubt that Harrison will soon became a very strong sportscar driver."

The second Chan/DC ORECA coupe will be driven by team boss David Cheng, who has claimed three ALMS titles since the revival of the series in 2013, and long-time team-mate Ho-Pin Tung.

Chan/DC has taken delivery of two new ORECA 05s for its Asian campaign, because the later 07 design with which the team competes in the WEC is not eligible. 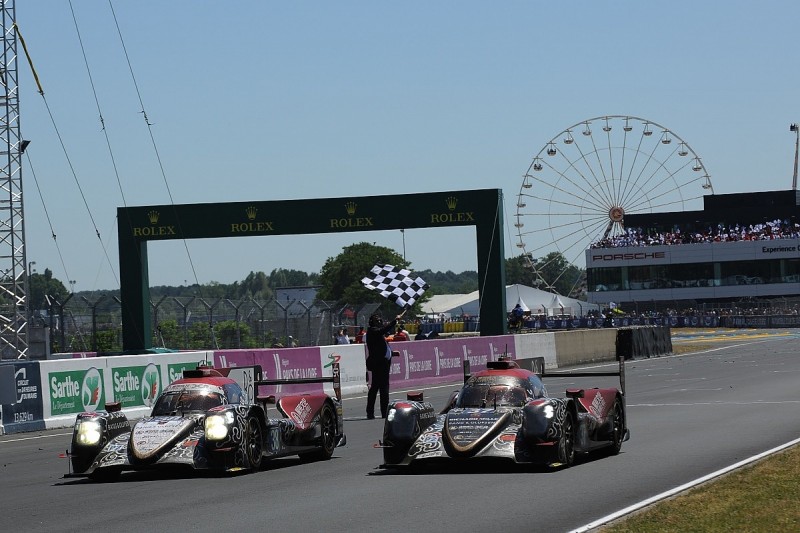 Laurent, Tung and Oliver Jarvis won the P2 class at Le Mans in June in one of the team's ORECA-Gibson 07s, finishing second overall, and lead the class standings with two rounds to go.

The second car, in which Cheng was joined by Alex Brundle and Tristan Gommendy, finished third overall in the 24 Hours.

The team will also field a Ligier-Nissan JSP3 in the ALMS for American sportscar stalwart Guy Cosmo and compatriot Patrick Byrne.