Johnson, who this year switched to the IndyCar Series with the title-winning Chip Ganassi Racing outfit, will join the Race of Champions field on 5-6 February at the Swedish resort of Pite Havsbad with an off-course route in the ice and snow.

Johnson and Pastrana will represent Team USA in the Nations’ Cup, with both drivers also due to take part in the individual Champion of Champions event.

Both Johnson and Pastrana have prior experience of the event, with the former taking victory in the ROC Nations' Cup alongside Jeff Gordon in 2002.

Further success for the US since the American pair's victory in Gran Canaria, Spain, has however remained elusive.

“Gran Canaria was dirt, and I don't think the other guys knew how much dirt racing Jeff and I had in our backgrounds,” said Johnson.

“I don't think many expected me to run well or even knew who I was for that matter.

“To win the ROC Nations’ Cup, was something really unique. The only event where I represented my country. I've been able to accomplish a lot in my career, but that's the only experience I've had like that. 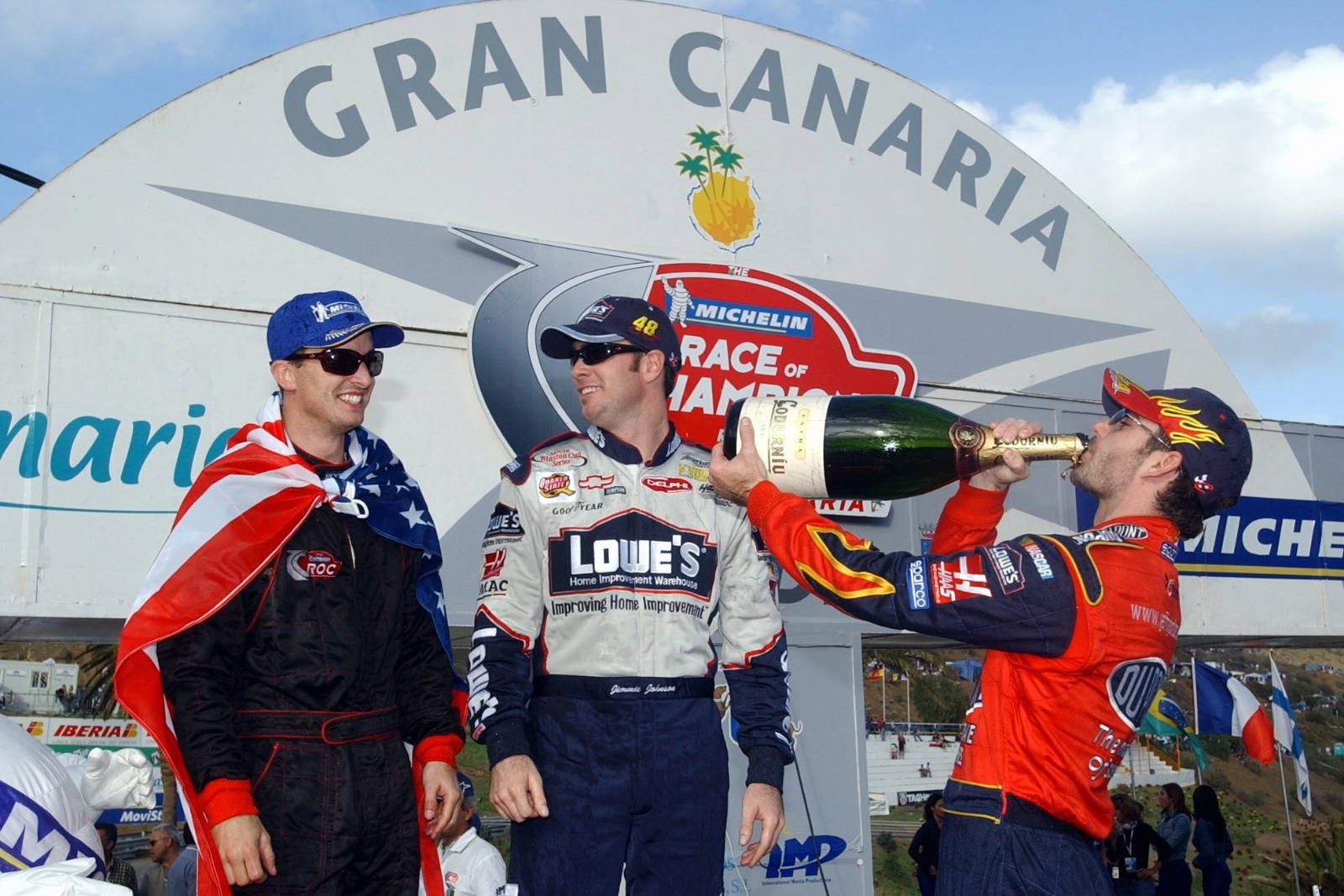 “I’m really looking forward to returning to ROC and competing with Travis. He’s a tremendous talent and we have such fun competing together.

“Hopefully we can go have some fun and success on the snow and ice.”

Pastrana, the 2021 American Rally Association Champion, added: “This is exactly what I had been hoping for. Jimmie and I had some bad luck at the 2006 and 2007 Nations’ Cup, but I think this type of track will be perfect for us.”

ROC president Fredrik Johnsson said: “The short days, the brutal cold and the changing conditions will make Sweden really well suited for all-round talents like Jimmie. He does not have much experience with four-wheel drive, but he is very skilled off-road and at high speeds, so I'm sure he'll adjust very quickly just like he did in 2002.

"Drivers come to ROC because it offers a special experience and innovative challenges that they would not find in their normal racing seasons. ROC has had a good run in big stadiums all over the world, but it will be really good to get back to natural terrain.”

Equipment featured at the 2022 event in Sweden will be powered by electric and 100% fossil-free biofuel engines. Cars announced to date include the 1000 Horsepower FC1-X Supercar that accelerates from 0-100 km/h in less than 1.5-seconds, the FIA RX2e – an electric rallycross car generating 250kW (335bhp) of power and up to 510 Nm torque – and the new Porsche 718 Cayman GT4 Clubsport.

Johnson to enter Indy 500 as he tackles full IndyCar season