The title, created by independent British developer Playsport Games, will be launched on PC, Mac and Linux in September 2016.

As it is an unlicensed product the game will not feature teams, drivers or circuits from the Formula 1 world championship.

Instead, Motorsport Manager will challenge players to take a second-tier single-seater team into the game's F1 equivalent, the Grand Prix World Championship.

Areas under the player's control include the development of the team's headquarters, building and upgrading its car, hiring drivers and staff and managing race strategies.

"As motorsport fans, we've been waiting to play a game like this for a long time," said Christian West, founder and CTO of Playsport Games.

"That was how the original Motorsport Manager for mobile devices came about.

"With the help of SEGA, we're hugely confident of delivering a management experience that fans of motorsport will absolutely love."

SEGA Europe's vice-president of commercial publishing John Clark said the company was "very excited to be part of a game that allows players to experience the world of racing like never before".

Motorsport Manager joins a publishing stable that includes the popular Football Manager franchise, after SEGA purchased its developer Sports Interactive a decade ago.

RACING MANAGER GAMES - THE STORY SO FAR
By Glenn Freeman

The last couple of decades have been barren for fans looking for a proper racing manager game that can get anywhere near competing with those based around football. Here, in anticipation of Motorsport Manager's release, we pick out some of the PC games that best represent that rollercoaster journey. 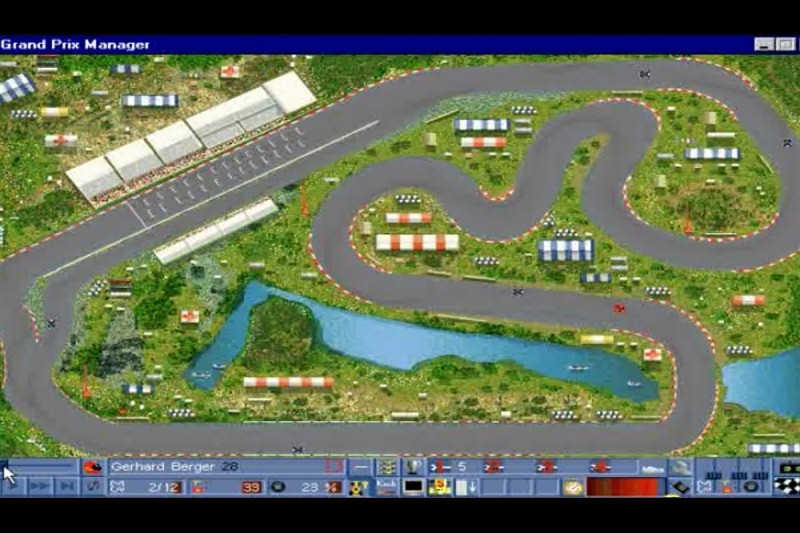 With an official F1 licence, these 1990s titles represented the high point of the era of 'top-down' circuit views, with plenty of the basic boxes ticked including car development, driver, sponsor and technical partner contract negotiations and even the opportunity for the season's calendar to change from year to year.

It could become a bit too random - making it bit too easy to sign topline deals at a small team, making the game potentially too easy to conquer and jumbling the competitive order a too much. But for its time it had enough features, including a fun multiplayer 'hotseat' mode, to make it worth playing.

The follow-on to Grand Prix Manager, this should have been the game that brought F1 management simulators into the 21st century. It had a more modern interface, decent graphics, and attempted to move away from the 'cartoon' presentation of its predecessors.

It also did away with the overhead view of a track map for the in-race view, taking the surprising approach of having computerised cars rushing through real-world still images of each corner of an F1 circuit. 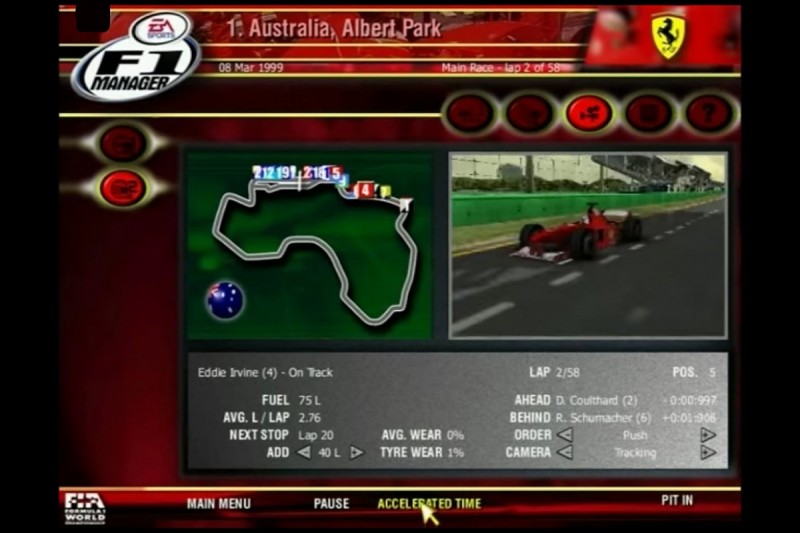 It was only a matter of time before ever-improving F1 game graphics were mated with the manager format, and EA Sports took that plunge with its short-lived F1 Manager series.

Once the novelty of the in-race presentation (or watching your virtual car pound round Barcelona alone on a test day) wore off, the game proved too light on features to have a sustainable future.

Since the licenced F1 manager games died out in the early 2000s, we have been left with lower-budget unofficial attempts to recreate the heyday (we use the term loosely) of the late 1990s.

While the example we have chosen to represent this era of management games had nice quirks such as a huge roster of editable drivers - so you could load your game up with a wealth of junior racers or those who never made it to F1 in real life - beyond that it was a bit flat and by the numbers.

Several management titles have followed, including more from Racing Team Manager publisher Kalypso Media. Unfortunately most have headed back to the in-race format of placing blobs on a track map and a lack of depth behind the scenes, which doesn't exactly represent progress for the genre.