The 32-year-old was in Australia for the first time to compete in the 12 Hours in a KTM X-Bow GT4, but also ended up taking a pair of second place finishes in the FF1600 support races in an Ellery Motorsport Spectrum 010.

British FF1600 regular Michael Eastwell had been a favourite to fight for victory, but fell ill after landing and was unable to take his seat.

Beche said: "We were in a restaurant having dinner the day before we did the seat fit [for the GT4 car] and the guy who brought me here, Dean Koutsoumidis, one guy came to him and said we have a driver that is not coming for the race, so do you want to do it.

"He [Koutsoumidis] said he didn't, but maybe one of my guys wants to drive it to discover the track. I was like 'oh yeah, let's do that!'"

Beche had only driven a Formula Ford once in his career, 15 years ago, and had never driven a H-pattern gearbox car on a track because he had gone straight into Formula Renault after karting.

He led both races at various stages, but his inexperience of the critical art of towing on the Mount Panorama circuit's long back straight told.

"I had to heel-and-toe and discover the track. The first session I did 10 laps and was something like 10 seconds off the pace!

"Then it was qualifying and I figured it out and was P2 by three or four tenths. 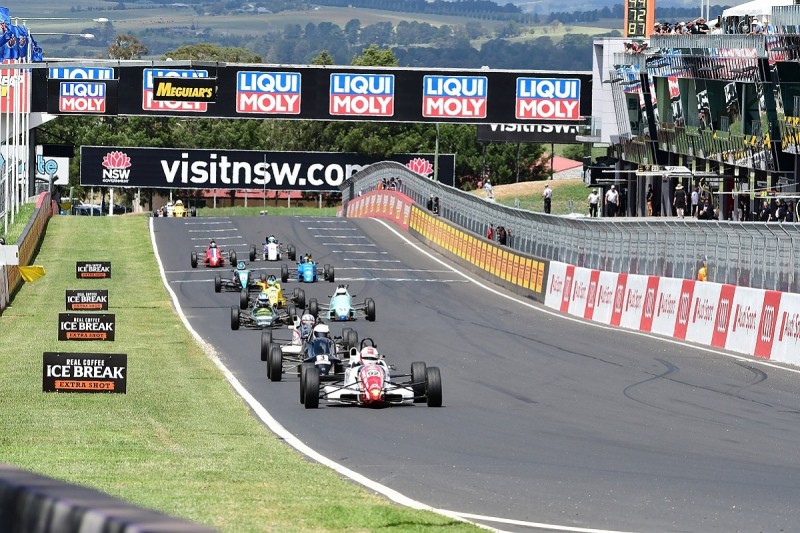 "With this car there is a lot of drag racing so it's about getting the tow and stuff, so it's a nice game.

"We had a good fight with the leaders but it was really close. It's about being behind the leader on the last lap so you can overtake with the slipstream.

"The field was awesome, 45 cars I think. I was quite surprised to be straight away there [on the pace]."

Paired with Koutsoumidis, Jake Parsons and James Winslow in the 12 Hours, the X-Bow suffered damage at the start before mechanical issues stymied progress.

He added that he was always open to competing in formulas outside of LMP1.

"If the field is competitive and I have a free weekend, why not," he added.

"People are a bit surprised sometimes when I drive a very low category, I'm driving LMP1 and a few years ago I drove a Clio in Dubai, I'm just a racer.

"So if there is competition, even if the cars aren't fast, it's still a challenge.

"You will be surprised. There is always good guys there and you have to adapt quickly, I think that's the beauty of the sport."

The at-home key to an F1 rookie's rise